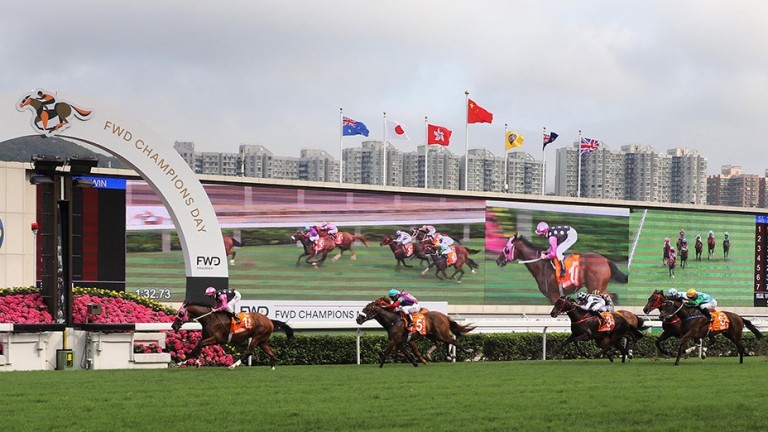 Beauty Generation remained unbeaten for the season and put in another box-office performance in the FWD Champions Mile, making all under Zac Purton for a ninth consecutive win.

In winning, Beauty Generation broke the record for most wins in a Hong Kong season and also took his total earnings to HK$84.76 million (£8.36m), higher than the record of almost HK$83.2m (£8.21m) set by Viva Pataca seven years ago.

The champion miler was never put under any pressure and led from the gate, with Romantic Touch and Singapore Sling settled in the next two positions and Conte and Seasons Bloom further behind.

Purton barely had to move on the winner up the Sha Tin home straight as Beauty Generation crossed the line for a comfortable length and a half success. Singapore Sling finished second with Simply Brilliant, ridden by Oisin Murphy, half a length further back in third.

Trainer John Moore said: "It's every trainer's dream to have a horse like him. Breaking the records is definitely an amazing achievement, especially for the stable and my staff to keep him at his fitness level."

Purton added: "My job was just to keep him rolling and he did what we expected him to do. I'd like to think there was more in the tank."

Beauty Generation is 8-1 for the Queen Anne Stakes at Royal Ascot, although Japan could be his next port of call for the Yasuda Kinen on June 2.

Elsewhere on a quality card at Sha Tin, the Japanese-trained Win Bright caused a surprise in the QEII Cup.

Trained by Yoshihiro Hatakeyama, and ridden by Masami Matsuoka, he was the least fancied of three Japanese runners but stayed on well to score a first Group 1 success from Exultant with Murphy again taking third on Lys Gracieux.

FIRST PUBLISHED 9:17AM, APR 28 2019
The champion miler was never put under any pressure and led from the gate