Nimr out to build on all-weather promise for Fahey 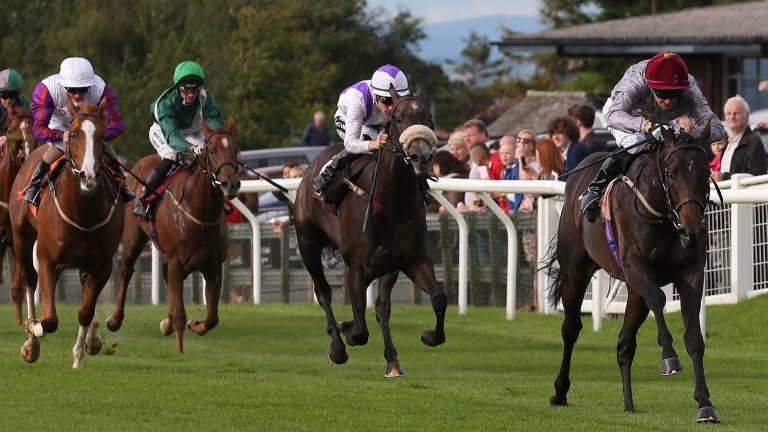 Newcastle deserves praise where it's due and the staging of a £45,000 race on the card – relegating the fastrack qualifier for the all-weather championships that follows half an hour later to the role of chief support – is to be applauded.

Richard Fahey sends the lightly raced Nimr in an attempt to build on a debut all-weather success at Woverhampton before Christmas.

Tony Hamilton takes the mount aboard Al Shaqab's four-year-old son of Shamardal, who cost connections 200,000gns as a yearling.

Fahey said: "We’ve been very pleased with him. He’s got to step up again but he is a horse we’ve always liked. He’s had a few little niggly problems which were nothing serious but which have just stopped him from racing. It’s a competitive race but he does have a chance."

Mick Easterby is represented by likely favourite Holiday Magic, who goes in search of a four-timer having begun his winning spree off a rating 18lb lower than his latest mark of 94.

Stablemate Qaffaal also arrives here in good form, having twice been beaten narrowly since completing a hat-trick of her own at the beginning of December, a sequence that started with success at this track over a mile.

Another with Newcastle form is Flaming Spear, who ended a lean spell when scoring over a mile here in December, while his trainer Kevin Ryan also saddles Al Khan, a course-and-distance winner two starts ago.

Volunteer Point has been highly tried and showed herself to be in good form late last year for Mick Channon before a slightly below-par effort in Listed company at Deauville on her final start of 2016.

Stuart Williams was due to run three in the race and, despite the defection of Realize just four days after his runner-up effort at Lingfield, the trainer still holds a decent hand courtesy of Suzi's Connoisseur and Pactolus.

"This is the first time Pactolus has run over seven furlongs for quite some time but it is a stiff seven and he is in very good form," said Williams. "It was Suzi's Connoisseur's first run on the all-weather at Wolverhampton last time and he missed the break by a long way, which didn’t help. It is a very competitive race, as it should be for the money, but we are going there with two horses with chances."

Steel Train will also carry plenty of support having held on under today's jockey Patrick Vaughan to land another Class 2 at here on his last start.

FIRST PUBLISHED 6:00PM, JAN 11 2017
He’s had a few little niggly problems which were nothing serious but which have just stopped him from racing