Nigella, the mare rated one, strikes out again at Southwell 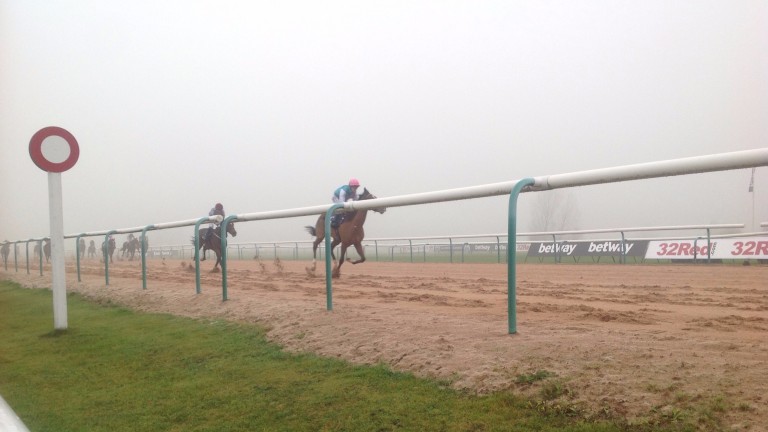 Striking Nigella, the mare with an official rating of one, looks destined to remain on her basement mark after she trailed home last in the 1m3f claimer at Southwell on Tuesday.

The handicapper dropped the six-year-old down to the lowest possible mark from 46 following her previous effort at Thirsk in August, when she was beaten 30 lengths in a selling handicap and his interpretation of the form looked a fair one based on Tuesday's evidence.

Switched to claiming company, Striking Nigella finished a tailed off last of six on her Fibresand debut in the hands of 3lb claimer Noel Garbutt.

Trainer Michael Chapman felt the handicapper had been unfair when interviewed pre-race on At The Races and added: "She beat three horses last time and they were all rated above her so I feel somewhat misjudged. After this race we will probably be rated 90!

"The horse doesn't know her rating so we're not worried. She's beaten three horses and they're still in training."

Striking Nigella's Thirsk run was the only time in six previous starts that she managed to beat any rivals, and as David Ashforth previously explained, her mother had led by example.

Writing in his Ashforth's Angles column on racingpost.com, he said: "Such a rating is extremely rare and achieving it is not easy. It requires a level of failure below and beyond the commonplace. Striking Nigella has achieved that level, for which she can blame her mother, Fiona Fox.

Striking Nigella is following in her mother's shoes, having made her debut in a bumper at Southwell back in March, finishing last of 13, beaten over 75 lengths at 150-1.

Switched to sprinting, she then ran over six furlongs at Doncaster and finished last of 17, beaten 35 lengths at 250-1.

While a rating of one might appear unique, Striking Nigella's rider on Tuesday revealed it was not the first time he had partnered a horse with the same handicap mark.

Garbutt said: "I rode an Arabian horse in Dubai with the same rating. It ran alright but not great."