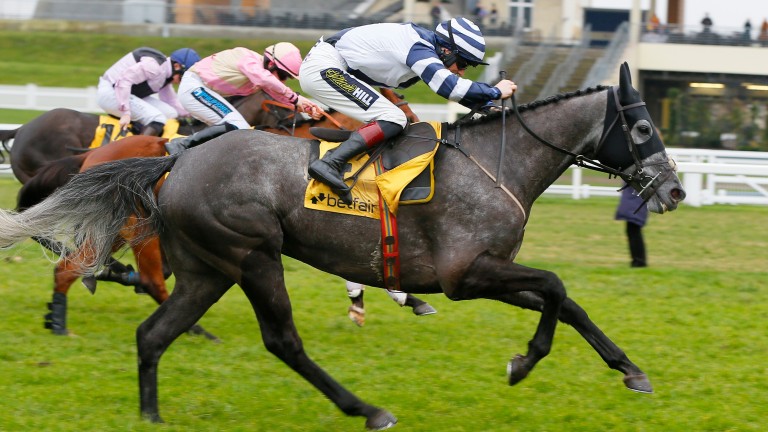 Al Dancer: has schooled well in preparation for debut over fences
Mark Cranham
1 of 1
By Richard Birch and Andrew King UPDATED 5:28PM, OCT 22 2019

Al Dancer will take his first steps towards a possible tilt at the Racing Post Arkle when he makes his debut over fences on Friday in Cheltenham’s squareintheair.com Novices’ Chase.

The Nigel Twiston-Davies-trained six-year-old developed into an exciting hurdler last season, with four wins that included the rescheduled Betfair Hurdle at Ascot.

He started joint-favourite for the Supreme Novices’ Hurdle in March, but disappointed when finishing tenth of 16 runners, 34 lengths behind eventual winner Klassical Dream.

Al Dancer was all set to return at Newton Abbot this month but the meeting was abandoned due to waterlogging.

Twiston-Davies said: “He has schooled well, and we’re looking forward to getting him out at Cheltenham.

"We think the reason he disappointed in the Supreme was that it came too soon after the rescheduled Betfair Hurdle. He’s enjoyed a nice break since then and all is good with him.” 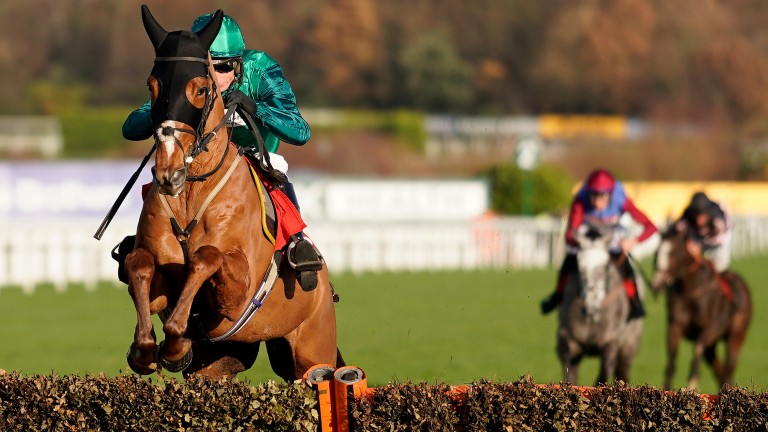 Torpillo: not certain to run at Cheltenham
Getty Images

Although Al Dancer's participation looks certain, Twiston-Davies isn't sure if stablemate Torpillo will run in the Masterson Holdings Hurdle the following afternoon.

The son of Alanadi, another who performed below expectations at the Cheltenham Festival – 15th behind Band Of Outlaws in the Boodles Juvenile Handicap Hurdle – bounced back to form on his Chepstow reappearance when slamming Caswell Bay by five lengths in a competitive handicap.

Bookmakers generally quote him as 11-4 favourite for Saturday’s race but Twiston-Davies warned: “He may not run. Ideally he wants it softer.”

Cheltenham’s clerk of the course Simon Claisse is confident the course’s first meeting of the new season on Friday afternoon will be staged on ground described as good, or a shade slower.

Speaking on Tuesday afternoon after walking the Prestbury Park course, Claisse said: "I have just updated the ground to good and good to soft in places from good to soft and good in places, as it has dried out a fraction over the past couple of days. I'm happy with that as things stand.

“We have a few light showers in the forecast on Wednesday and Thursday, but it seems Friday could now be wetter than we expected.

"At this stage they are predicting significant rainfall on our opening day, which may change things a little depending on how much we actually get.”

He added: “We have not watered the course since late August/early September, which we always do just promote the usual grass growth at that time of year. The course has taken 115mm of rain over the past six or seven weeks or so."

Twiston-Davies revealed Cogry is a definite contender for the "Matchbook Betting Exchange" Handicap Chase, a race he won two years ago and finished a close second to Relentless Dreamer in 2018.

"He runs in the race every year and is in good form for his return," Twiston-Davies said.

Topweight Cobra De Mai is also likely to take his place. Trainer Dan Skelton said: "Cobra De Mai has summered well. He won very impressively at Cheltenham in April and followed up with a good run on the last day of the season at Sandown, so I don’t think it was a fluke. He is a progressive horse and hopefully there is more to come from him this season."

FIRST PUBLISHED 5:26PM, OCT 22 2019
He's schooled well and we’re looking forward to getting him out at Cheltenham