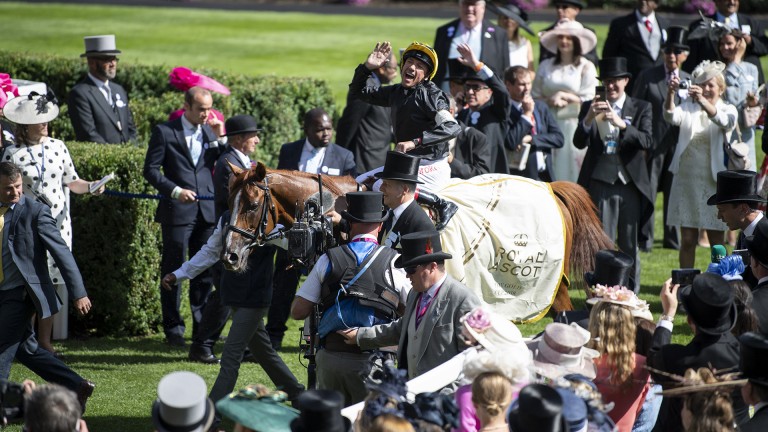 If you had just won the Gold Cup, as Bjorn Nielsen did on Thursday, you might be minded to enjoy the moment. But if that race was the second in a four-race series carrying a £1 million bonus, eventually the question is going to pop up.

"No. Not the bonus," was Nielsen's emphatic answer as to where Stradivarius goes next. Except it is not that simple.

Stradavarius ran in and won the Yorkshire Cup, one of four options for the first leg of the Weatherbys Hamilton Stayers' Million, had just taken care of what Nielsen described as the toughest part, and will now go for the Goodwood Cup – otherwise known as leg three.

Should he win there, as he did last year, then Nielsen will of course consider the Lonsdale Cup, but for now the bonus is very much being considered just that – a bonus.

"His next race will be to defend the Goodwood Cup, which is part of the bonus. People ask if we're focused on the bonus and I say 'no, not at all'.

"It's hard enough just to get them to the next race," explained the South African-born, Epsom-raised, American-based owner-breeder, who spends June in Europe to attend his twin passions, with a week at Royal Ascot sandwiched between the French Open and Wimbledon.

Nielsen then proceeded to both raise hope that Stradivarius could land the initiative in its first year and pour cold water on the matter.

"If he wins that then everyone's going to say 'oh my god you could win the bonus', but before we started here I didn't ever think about winning the bonus – it's impossible to do. 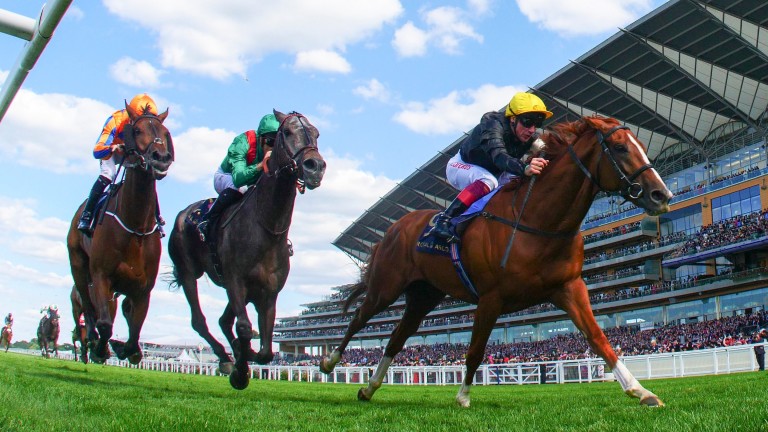 "I think this was the toughest race as we didn't know if he'd stay. We know he acts at Goodwood, he won that easily last year over Big Orange, and I'd be hopeful he'd run well there.

"But he's got to go back home, he's got to stay sound and he's got to turn up on the day – it's hard just to do that. And that's just the next step."

Charles Hamilton of Weatherbys said: "It's definitely on now, and we couldn't be more excited about it. The whole reason for introducing it was to draw attention to the stayers and it's just our luck to have come across a top-class stayer this year in the shape of Stradivarius."

FIRST PUBLISHED 6:44PM, JUN 21 2018
Before we started here I didn't ever think about winning the bonus - it's impossible to do

Who would come out on top if Subjectivist and Stradivarius met again? It's four for Mark Johnston - not Stradivarius - as Subjectivist strikes gold Love brightens the week for Aidan O'Brien but draw-bias punters are wrong-footed What heights can Love conquer now? We assess her comeback victory at Royal Ascot John Gosden and Frankie Dettori's views on Gold Cup favourite Stradivarius Everything you need to know about day three of Royal Ascot on Thursday