Tea For Two set for test of King George claims 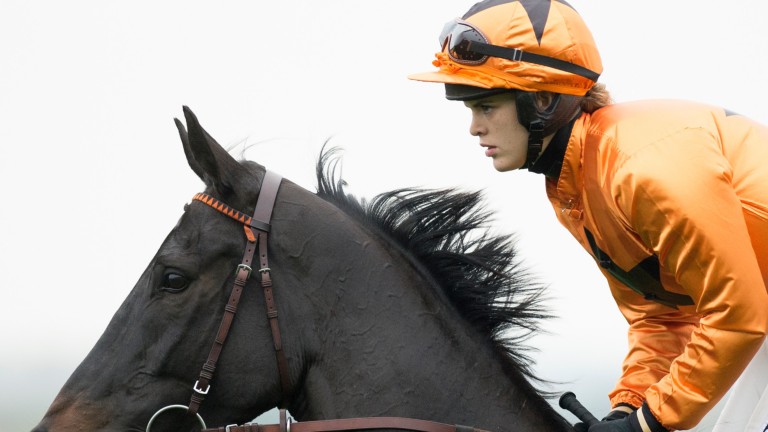 Tea For Two, generally a 16-1 shot for the 32Red King George VI Chase, could book his place in the Boxing Day showpiece by landing Sunday's Betfred Peterborough Chase at Huntingdon.

Connections of the Nick Williams-trained stable star have yet to commit to the Kempton Grade 1, but an impressive performance this weekend could see Tea For Two take his place in the big-race line-up later this month.

Lizzie Kelly, the gelding's regular rider, said about his chances in the King George on Wednesday: "We're aware of the fact that he's only a second-season chaser and would be up against horses with a lot more experience."

Kelly, who has partnered Tea For Two to all of his seven career wins, which include Kempton's Grade 1 Kauto Star Novices' Chase last year, admitted to reservations about the son of Kayf Tara being pitched into King George battle this campaign.

"I wouldn't be mad keen on him going for the King George this year," she said. "He's only seven, and there is plenty of time.

"Yet if he won the Peterborough standing on his head we would have to seriously consider it. It depends on what happens at Huntingdon. If he didn't go for the King George this year there are plenty of other options coming up."

Tea For Two, one of 12 entries for Sunday’s Huntingdon Grade 2, which also include God’s Own – one of two Tom George entries for the Betfair Tingle Creek Chase at Sandown the previous afternoon – made a satisfactory seasonal reappearance under a big weight when fifth to Antony in Ascot’s Sodexo Gold Cup in October.

"Everything has gone well with Tea For Two since Ascot," Kelly said. "He was a bit over-enthusiastic during the race that day, but we were pleased with him.

"He's a bigger and stronger horse this year, and hopefully he'll settle nicely at Huntingdon and jump round well.

"It's a flat, right-handed track, which should prove ideal. I think he's got a really good chance."

Dodging Bullets, who lost his Queen Mother Champion Chase crown when only fifth to Sprinter Sacre at Cheltenham in March, is a likely rival for Tea For Two in the Peterborough Chase. Paul Nicholls's eight-year-old also holds a King George entry.

Tony Martin yesterday described his Melbourne Cup runner-up and Ebor winner, Heartbreak City, as less than 50-50 to run in the Betfred Lotto "£100k Cash Giveaway" Handicap Hurdle at Huntingdon on Sunday.
The six-year-old has top weight of 11st 12lb and Martin said: "We'll do a bit with him in the morning and decide then. but I'd say it's unlikely he'll travel. He isn't long back from Australia and might need a bit more time."
FIRST PUBLISHED 2:18PM, NOV 30 2016
If he won at Huntingdon standing on his head we would have to seriously consider it