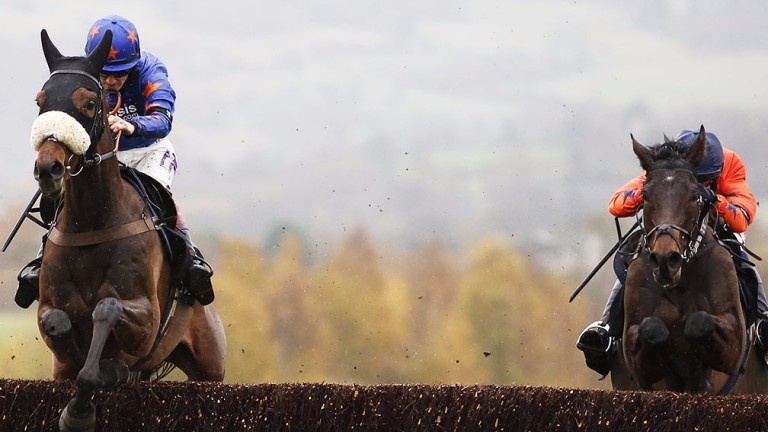 Victory in the £1m Randox Health Grand National would likely mean an 11 th trainers' title for Paul Nicholls and he reckons Vicente is the pick of his contenders.

The champion trainer said: "He's always been a spring horse and wants good ground. He ran okay at Doncaster the other day. Three miles is a bit sharp for him and it looked like he'd be tailed off, but he flew up the straight.

"You're getting runs into them to keep them sharp and he's been trained with that mind. He might go straight there as it's not easy to find races for horses rated like him and Cheltenham is close enough to Aintree. He's fresh and has won a Scottish National so it might suit. He'd be our one for that."

Vicente is a 33-1 chance, while Saphir Du Rheu is generally 40-1, although the National might be a year too soon for him.

Second in a 2m5f handicap at Cheltenham last month, he could return to the track for the Ultima Handicap Chase on day one of the festival in March.

Nicholls added: "It might be a brave thing, but he could definitely run in it one day – I've always thought that whether it's this year or next year."

"He's a winner waiting to happen and there's a nice race in him."

FIRST PUBLISHED 7:44AM, FEB 8 2017
He might go straight there as it's not easy to find races for horses rated like him and Cheltenham is close enough to Aintree