Nicholls: Silviniaco only 50-50 to line up at Kempton 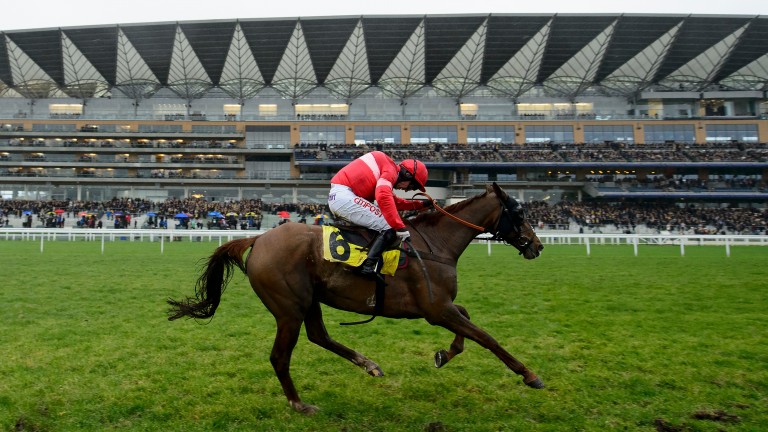 The most successful trainer in the history of the King George VI Chase may not have a runner in this year's race with Paul Nicholls declaring two-time winner Silviniaco Conti only 50-50 to take his chance.

Champion trainer Nicholls has won the prize nine times but Silviniaco Conti, victorious in 2013 and 2014, will run in the 32Red-sponsored race only if the field cuts up.

"I'm going to confirm him at the five-day stage and see what's in it," said Nicholls on Friday. "If they all go then he won't go.

"It will be the first time for a long time I won't have a runner but there's no point running if they've got no chance. It would be 50-50. If Thistlecrack didn't run and there are five or six then I might be tempted. He's won it twice and likes the track but I want to look at it first."

Silviniaco Conti was pulled up in the race last year and beaten 42 lengths in the Betfair Chase last time.

"I don't think they need to worry about Conti on his latest form," Nicholls added. "He might be better off waiting for the Betfair Ascot Chase which he won last season."

FIRST PUBLISHED 1:52PM, DEC 16 2016
It would be fifty-fifty. If Thistlecrack didn't run and there are five or six then I might be tempted