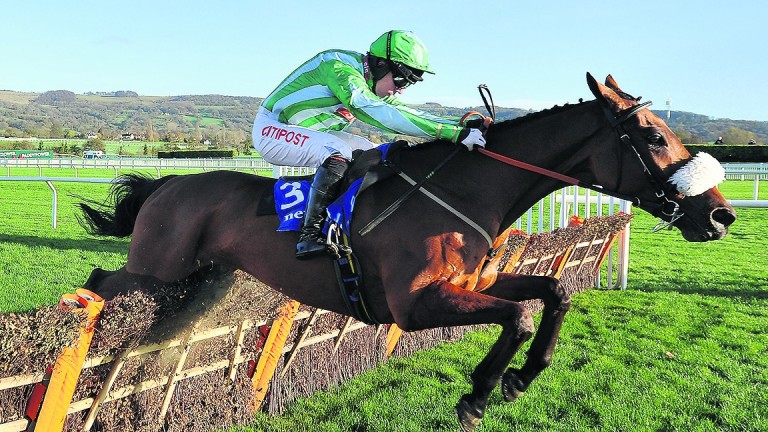 Shantou Village: in a much better place this year this term according to his trainer
Harry Trump
1 of 1
By Scott Burton 6:08PM, NOV 4 2016

Shantou Village was by far the most successful of the four runners over hurdles and is one of the highest-profile horses to go novice chasing so far this autumn.

It has been a case of so far so good in starts at Fontwell and Cheltenham for Neil Mulholland's charge, who will be ridden by Wayne Hutchinson for the first time.

"He went to Cheltenham with a penalty and beat some nice horses," said Mulholland. "Obviously, the first time he just popped round and you can’t knock him.

"Fingers crossed he'll give us a good run against good horses who we respect and hopefully he has a good, safe round of jumping and we can go on from there."

The highest chase rating on show belongs to Virgilio, who beat Brother Tedd by six lengths in a Newton Abbott intermediate chase last month and is, like his three rivals, chasing a hat-trick.

Master Dee has three wins from seven chase starts and is only 3lb short of Virgilio in what is an incredibly tight race on ratings.

Paul Nicholls has farmed this contest over the last decade, with Silviniaco Conti and Southfield Theatre featuring among six winners for the Ditcheat team during that period.

He relies on Frodon, who was given a single start over fences by former trainer Guillaume Macaire in among his hurdling exploits.

The fact that it was in France's most valuable three-year-old chase, the Prix Congress, says plenty about where Macaire felt his future lay. Despite Frodon running a fair eighth in the Triumph Hurdle, Nicholls quickly came to the same view, sending him out for easy wins at Newton Abbot and Fontwell this autumn.

"To me, he's always been a chasing sort, and he gets the four-year-old allowance here in an open-looking race," said Nicholls. "I'm very happy with him and he jumps nicely."

FIRST PUBLISHED 6:08PM, NOV 4 2016
He went to Cheltenham with a penalty and beat some nice horses. Obviously the first time he just popped round and you can't knock him