Nicholls out to improve incredible recent record with Le Prezien 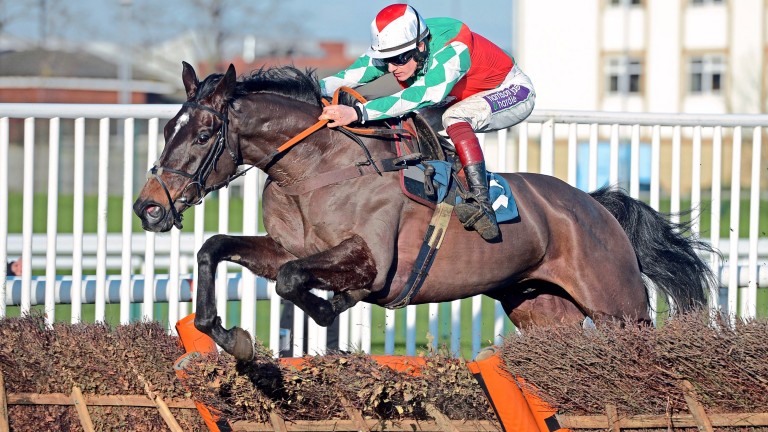 Paul Nicholls, who has won five of the last eight renewals, saddles odds-on favourite Le Prezien. A Grade 2 winner as a novice hurdler, he finished a gallant second behind Yorkhill in a Grade 1 at Aintree in April and made a more than encouraging start to his chasing career on his first start in the JP McManus silks when splitting Charbel and Top Notch at Uttoxeter last month.

"It was a hot race at Uttoxeter last time but he jumped well and did everything well," said Nicholls. "This has cut up a little bit so we've decided to take our chance. He stays well and the stiffer track will suit."

If that was a hot race, this is arguably scalding. Henry de Bromhead is double-handed with Three Stars, already a Grade 3 winner over fences, and former Nicholls inmate Some Plan, who was victorious in a two-runner contest on his chasing debut for his new trainer.

"Three Stars has made a great start to the season and I was thrilled with him at Punchestown," said De Bromhead. "Touch wood, he is a really good jumper and he should enjoy the challenge that Cheltenham presents.

"Some Plan didn't have many to beat last time but he got the job done nicely. He's in great form. They're identically rated and I couldn't choose between them."

While De Bromhead saddles a former Nicholls runner, Colin Tizzard runs Mick Thonic, who was moved from De Bromhead to Colm Murphy – and then to Tizzard when the latter retired.

Tizzard said: "We were surprised with how well he ran on his first start for us and he looked very pacy so we're dropping him down in trip. He has an obvious chance on that form and he'd only been with us three and a half weeks when he had his first run - he's been here seven or eight now - but I don't know if that means he'll get better or worse."

Nicky Henderson's Hammersley Lake completes the field, and the trainer said: "He was a bit keen at Chepstow so coming back to two miles wouldn't be a bad thing. I wouldn't want soft ground particularly, but I don't think it will come to that."

FIRST PUBLISHED 6:00PM, NOV 12 2016
They're identically rated and I couldn't choose between them