Nicholls not ruling out bounce back from former champion 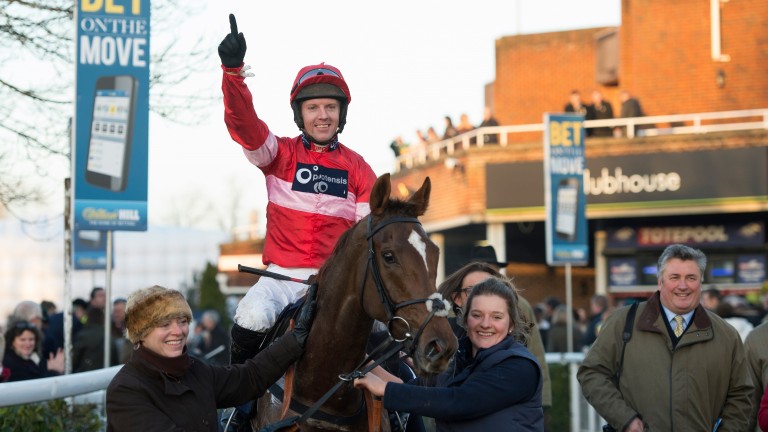 Playing for a place is not normally the preserve of champion trainer Paul Nicholls but that is how he views the chances of Silviniaco Conti in his bid to win a third 32Red King George V Chase.

"It's unrealistic at the age of ten to think he is going to beat the other [Tizzard] two, but he could be in the mix for third," said Nicholls.

Yet there is still a glimmer of hope taken from the similar path trodden by the record-breaking Kauto Star, who bounced back from a below-par run at Haydock to complete a King George hat-trick in 2008, before winning the Boxing Day showpiece twice more.

The champion trainer, who has landed nine King Georges in total, added: "I wish I hadn't gone to Haydock in hindsight and if I hadn't he probably wouldn't be 25-1 as he had run very well at Down Royal.

"Kauto Star also underperformed at Haydock after winning at Down Royal but went on to win the King George."

Pulled up after running himself into the ground in his hat-trick bid last year, Silviniaco Conti was beaten out of sight by Cue Card when fourth on the heavy ground at Haydock last month.

Freshened- up since, Silviniaco Conti was given a racecourse gallop last week and a day's hunting last Monday.

"He's a big price for a horse who has won the race twice and he likes decent ground and the track," added Nicholls. "If he's back to his best he's not without a chance - he's no forlorn hope."

And at Kempton he still leads old rival Cue Card 2-1 in this race.

Pros: Been there, done it. Twice a winner of the race and better ground will suit

Cons: Has to bounce back from a drubbing by Cue Card in the Betfair Chase