Talk of the Tracks TAUNTON

Nicholls keeps his word and provides Derwin with a farewell winner 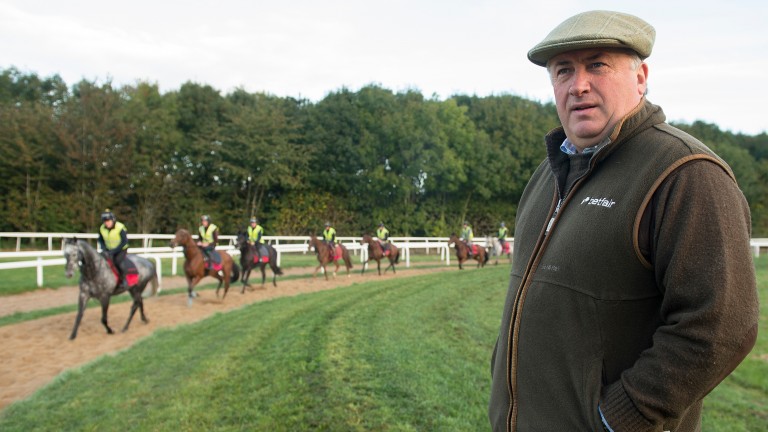 What better way to bow out as a jockey than partnering a winner? That is just what conditional Gary Derwin did when steering the Paul Nicholls-trained Clic Work to victory in the 2m1/2f handicap hurdle.

Understandably emotional, Derwin, 28, was almost lost for words on dismounting from the four-year-old but said: “It’s hard to take this in as Paul had been telling me he'd find me a winner to go out on, but even I didn't think this would be it.

“But fair play to Paul, he was adamant the horse would win, and even texted me last night that I would be riding a winner. I still did not think Clic Work would win, however the boss was right and I was wrong.”

Derwin, who partnered a career total of 22 winners, was hard at work on his mount and it was only up the home straight that the pushing and shoving looked likely to pay off as the pair hit the front at the final hurdle, going on to beat Miracle Cure.

Derwin cited lack of opportunities for his decision to quit the saddle, saying: “I was riding out for trainers but they weren't giving me any chances and I was sick of being used and abused. I have a family to support, and being a jockey was simply not paying the bills to put it bluntly.

“I joined Paul about a year ago and wish I had been there from the start of my career as you work hard but are rewarded properly and that is all I want.

"I'm going to stay in racing working at Ditcheat and, who knows, I might make a comeback in six months, but only if Paul asks me to.”

Backing horses who have not won in 26 previous starts is usually a quick way to the workhouse, but Somerset Lias proved the exception to the rule when making much of the running to take the spoils in the 2m7f handicap chase.

Winning trainer Bob Buckler put the eight-year-old’s success down to jockey Liam Heard's suggestion that the horse should sport blinkers, saying: “I hate putting any sort of headgear on my horses but Liam insisted they would prove to be the key to this one.

“And I have to admit he has been proved right. Liam has won this round as he gave him a very positive and enterprising ride out in front. It was not much of a race but they all count at the end of the day.”

The course was forced to call off their first meeting of the autumn due to hard ground earlier this month, and 121mm of rain (almost five inches) since the weekend changed the going only to an official good, with good to soft in places. It seems the heavens opened only just in time to save clerk of the course Jason Loosemore a few headaches leading up to this fixture.