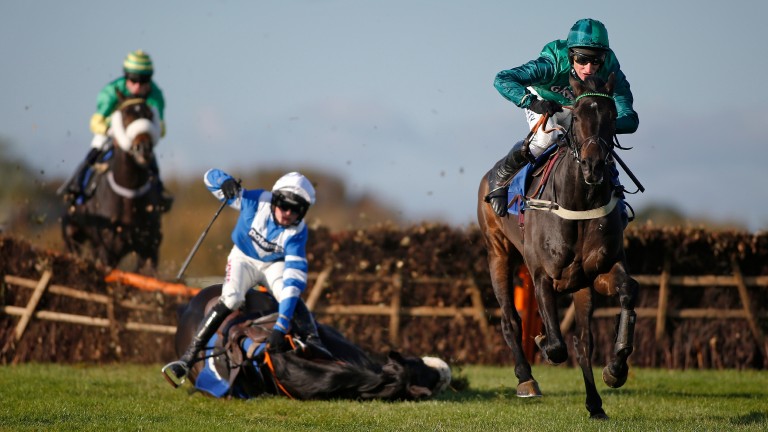 Zubayr might well have been held when taking a last-flight fall in the Elite Hurdle at Wincanton last time, but he would not have been beaten far by Sceau Royal and was in the process of running a cracking race.

Off a mark only a pound higher he will be fancied by many to gain compensation, but with Dan Skelton and Nicky Henderson both two-handed in opposition he faces stiff competition.

The ex-French Grade 1 runner-up Indietir takes the eye, but he has been off the track for more than a year and Skelton admits he is not sure what to expect.

Consul De Thaix, also ex-French, is still a novice, and an inexperienced one at that, so it is interesting that Henderson throws him in at the deep end, off a mark of 132 in a competitive handicap, rather than going for easy pickings against fellow novices.

Nicky Henderson has won three of the last six runnings, most recently with Snake Eyes two years ago.

Graasten benefited from a switch to front-running at Plumpton last time. Faithful Mount liked to make the running on the Flat but was held up last time.

Paul Nicholls, trainer of Zubayr
It's hard for four-year-olds and they get no relent. He would've been a good second the other day but for falling, and the track will suit him being stiffer. Hopefully he's got a nice chance.

Dan Skelton, trainer of Indietir and Bertimont
Indietir has had a year off since he joined us, but it wasn't anything bad. It's taken until now to get him fit because of the lack of rain. He's done well in France and is obviously high class there, and he's ready for his debut, so we are very excited to run him. He should run well, because he's a good horse, but we need to see. Bertimont travelled well to three out on his return and then faded, and I don't know why because I thought he had done plenty. They are both in the Ladbroke, but let's see how they get on here.

Philip Hobbs, trainer of Wishfull Dreaming
He won very easily at Chepstow but didn't run to the same level at Cheltenham and I'm not sure why.

Nicky Henderson, trainer of Brain Power and Consul De Thaix
It's a valuable prize and an open race, and they're in good form and ready to go.

Ian Williams, trainer of Faithful Mount
He doesn't look too badly handicapped in what looks a very competitive race, and Charlie Deutsch's 5lb claim will hopefully bring him into the equation, if only in a small way. He hung a bit at Musselburgh but I don't know if he quite stayed and the winner may have been fairly useful. The way he travels, two miles around Sandown should suit provided there is pace, but he might find something has a bit more class.

Gary Moore, trainer of Graasten
Graasten gets in with a nice racing weight and I'm hoping he'll improve here for the better course after winning at Plumpton, because he's a big horse. He's one I like and deserves his chance in a race like this.

FIRST PUBLISHED 6:00PM, DEC 2 2016
He would've been a good second the other day but for falling, and the track will suit