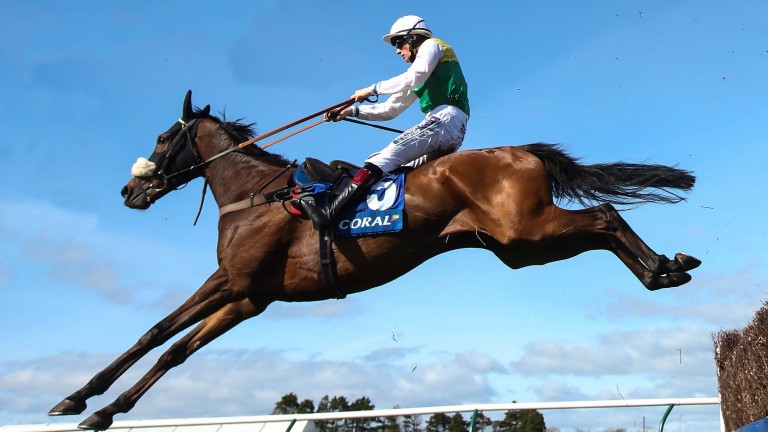 Vicente: bids for a third Scottish National win on Saturday
John Grossick (racingpost.com/photos)
1 of 1
By Lee Mottershead UPDATED 9:13AM, APR 21 2018

Should either Vicente or Fagan capture the most valuable prize in Scottish horseracing a hat-trick hero will be crowned.

In terms of the Coral Scottish Grand National's own history the biggest deal would be a victory for Vicente, who attempts to become the first horse to win the marathon on three occasions since it was moved from Bogside to Ayr in 1966.

Had Aintree's ground not been so testing Vicente might well have run in the sport's most famous prize seven days ago.

Connections chose to wait and that wait has been rewarded, for Ayr's track has dried to the point where conditions should be perfect for the nine-year-old to shine under regular rider Sam Twiston-Davies. 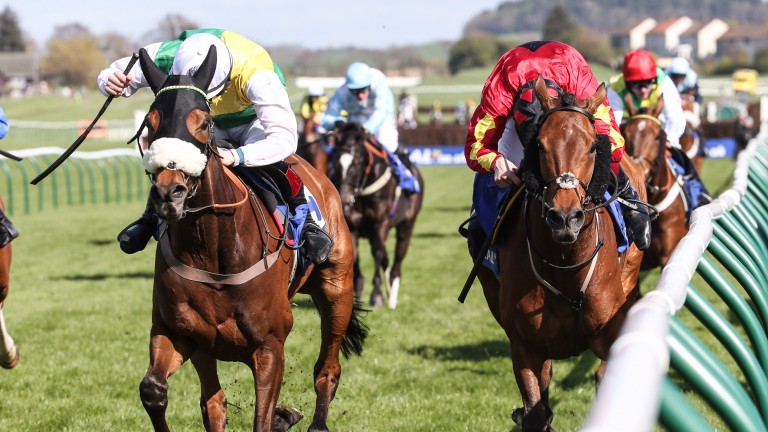 Paul Nicholls, who also runs Silsol, said: "The ground is so crucial to Vicente and this will be the first time he's had the ground he wants since last year's Scottish National. There would have been no point running him at Aintree.

"It's not going to be easy but I felt the same 12 months ago and he did the job.

"He only just got beat off this mark first time out this season at Cheltenham on the wrong ground, which suggests he should be competitive again. He ought to be a big player now the sun has arrived and I think he has a favourite's chance."

He added: "Silsol's best run last season was on this sort of ground and he'll appreciate it again if he gets into a rhythm jumping."

Fagan chasing yet another National for Elliott

Gordon Elliott has already been victorious in this year's Grand National and Irish Grand National, and with the triumphs of Tiger Roll and General Principle still vivid in the memory, the man who could next week be crowned Ireland's champion trainer for the first time tries to become the first person ever to sweep the three spring nationals. 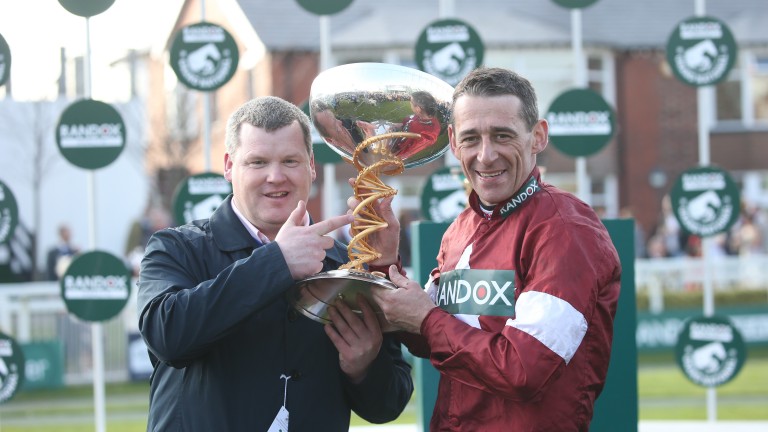 Unlike the Aintree and Fairyhouse champions, Fagan does not carry the colours of Gigginstown House Stud and instead runs for Ronnie Bartlett.

However, Davy Russell's mount – a 95-length winner at Perth in July – has not run anywhere since late October.

"We've been waiting for better ground to run him," said Elliott. "You can't be sure about him getting the trip but if he gets into a good jumping rhythm he should go well."

Nigel Twiston-Davies seeks to execute a trick that has twice worked for him before when RSA Chase fourth Ballyoptic leads his three-pronged challenge on a race he has won three times.

Captain Dibble and Earth Summit both won the Ayr showpiece for Twiston-Davies as novices and also came north of the border via the Cheltenham Festival novices' championship, meaning the similarities between them and Ballyoptic are clear.

Moreover, the yard's Sweet Duke finished second in the 1995 Scottish National after finishing fourth in what is now the RSA.

"We've had a lot of luck with first-season novices in the Scottish National and hopefully we can continue that with Ballyoptic," said Twiston-Davies. "He always stays on at the end of his races and four miles shouldn't be a problem to him. He's in very good order."

Twiston-Davies also runs last year's close-up second and third, and added: "Cogry and Benbens ran huge races in this last year and I could see them doing that again."

Nicky Henderson, trainer of Gold Present and Beware The Bear
We took Gold Present out of the National because the ground was too soft – and now there's a chance the ground might be too quick! We can't be confident about him thriving over the trip but we're hopeful. Beware The Bear definitely does stay and this is a race I've always had in mind for him.

Colin Tizzard, trainer of Sizing Codelco, Sizing Tennessee and West Approach
Sizing Tennessee ran a lovely race in the four-miler at Cheltenham. That's as good form as there is in this race, I would say. I've also always thought as a long-striding horse he would be better on the good ground he'll get at Ayr. Sizing Codelco has been nowhere all winter but he was quite close to some good horses at Aintree, and he should have come on for his run as he is a colossus of a horse. He's better on good ground as well. West Approach ran very well at Cheltenham and if he stays he is probably classier than the other two.

Alan King, trainer of Label Des Obeaux
He has suffered all season from being high in the handicap but he's crept down a few pounds now and should be suited by this race, which we won with Godsmejudge. The more the ground dries the better.

Dan Skelton, trainer of Get On The Yager and Work Du Breteau
Get On The Yager didn't run too badly in the Midlands National on bad ground. He was still bang there at the top of the straight and on better ground and over a slightly shorter trip could have an each-way chance. I'm still learning about Work Du Breteau, but he's in much better form than when I ran him over hurdles and I think he'll like this trip.

Peter Bowen, trainer of Henri Parry Morgan
He won well last time and seems to be back to his old form. He jumps well and his best form is on the slightly quicker ground he's going to get.

Neil Mulholland, trainer of Doing Fine and The Young Master
If you trained one of ours you would be hopeful going into the race – thankfully we train two. This has been the long-time plan for Doing Fine. He wants a trip, good ground and goes well fresh. The Young Master ran nicely at Cheltenham, where he was doing his best work at the end, he likes to go left-handed and has a light weight. We're entitled to be hopeful about both.

Tony Mullins, trainer of Glencairn View
The ground is a little patchy but I'm quite happy with it. The horse travelled over well and is in good order. I'm hoping the step up to four miles will bring out the best in him.

FIRST PUBLISHED 6:00PM, APR 20 2018
He ought to be a big player now that the sun has arrived and I think he has a favourite's chance