Nicholls eyes yet another Sandown payday with Capitaine 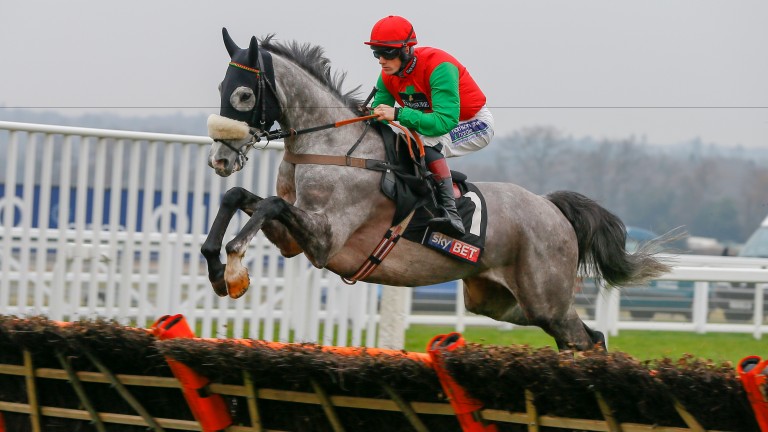 Capitaine is set to attempt to give Paul Nicholls a fifth Tolworth Hurdle success in 14 years
Mark Cranham
1 of 1
By Andrew King 5:31PM, JAN 3 2017

Paul Nicholls will bid to win the 32Red Tolworth Hurdle at Sandown on Saturday for the fifth time in the past 14 years – providing the rains stay away.

The champion trainer said on Tuesday: “We intend to run Capitaine as long as it doesn't become bottomless as we don't want to run him on extremes of ground.

"It became very testing at Haydock in November and that's the only time he's been beaten this season."

He added: "We always had this race in mind for him as it’s a nice prize to aim at before he has a break, like a lot of ours – January is usually a relatively quiet time as the horses have their inoculations and things. He's great form at home and we're looking forward to running him again.”

Nicholls, who has taken the Grade 1 prize with Thisthatandtother (2003), Noland (2006), Silverburn (2007) and Breedsbreeze (2008), added: “Capitaine is not unlike Thisthatandtother and Noland but I'm not comparing them – they were proper National Hunt-bred horses as well.”

Former highly-rated Flat handicapper Celestial Path could make his much-awaited hurdling debut in the race after joining David Pipe from Sir Mark Prescott in the autumn.

Pipe said: “We've been pleased with how he's recovered from a gelding operation since he came to Pond House but his participation will depend on how he comes through a midweek schooling session.

“He's now owned outright by Professor Caroline Tisdall, who has a number of other top-class horses in the yard such as Un Temps Pour Tout, and we're looking forward to him running over hurdles.”

Celestial Path is between a 12-1 and 20-1 shot for Saturday's feature, the market headed by Capitaine at a general 2-1.

FIRST PUBLISHED 5:31PM, JAN 3 2017
We always had this race in mind for him as it's a nice prize to aim at before he has a break