'Nice, progressive' Valhalla out to deliver for hopeful Tizzard 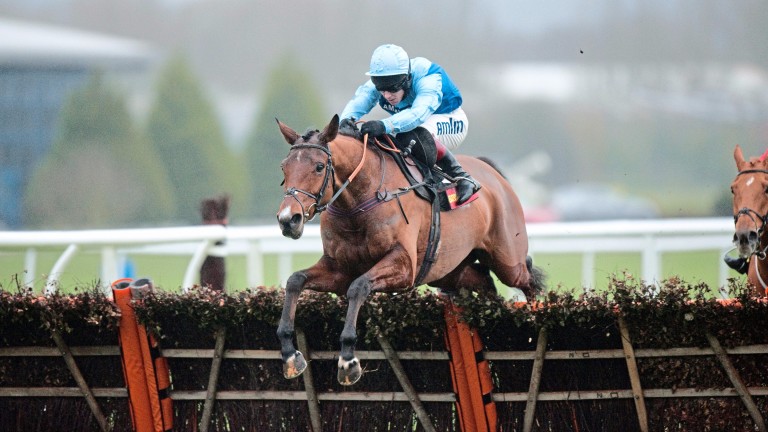 Colin Tizzard is out to round off what he will be hoping is a productive afternoon at Prestbury Park with runners in both the later hurdles to be shown on Channel 4, kicking off with the consistent Valhalla in the Listed Registry Finance Solutions Handicap Hurdle (3.00).

The son of Scorpion gained some knowledge of today's venue when chasing home the useful Midnight Shot over 2m5f last time, when he shaped as if this longer trip of 3m 1½f should suit.

Tizzard said: "Valhalla ran really well at Cheltenham last time, and although he was beaten pretty conclusively by the winner he beat the rest well enough and was staying on. He's a nice, progressive horse and he'll win one of these before long."

Philip Hobbs, who has won the contest twice in the past eight years, is double-handed with Fingal Bay and So Fine, both of whom are back after a summer break. He said: "We are experimenting by putting Fingal Bay back over hurdles but hopefully he'll run a nice race before he goes back chasing. So Fine is what he is but likes Cheltenham and should also run a nice race back."

Others reverting to hurdles include the Martin Keighley-trained Cottersrock, who has failed to set the word alight in two recent outings over fences.

The trainer said: "We're going back over the lesser obstacles with Cottersrock as it really didn't happen for him over fences. He's in good firm and any rain would be a plus."

Warren Greatrex is also following the same path with Out Sam, who is having his first run since April. He said: "He's done really well over summer and will like any rain. This looks a good starting off point before he goes back chasing."

Charles Byrnes, who sends Sea Light over from Ireland, said: "I don't think the trip will be a problem. He was disappointing last time but we've freshened him up and he seems in good form."

J P McManus won the Martin & Co Jewellers Intermediate Handicap Hurdle (3.35) a year ago with Leave at Dawn and this time relies on For Good Measure, trained by Philip Hobbs.

For Good Measure has been runner-up on both starts this season, most recently when just a short-head shy of Golden Doyen over three miles at today's track, but has three furlongs less to travel on his return, Hobbs said: "It's a bit of an experiment dropping him back in trip, but he's been in good nick since his narrow defeat last time and he should run well again." 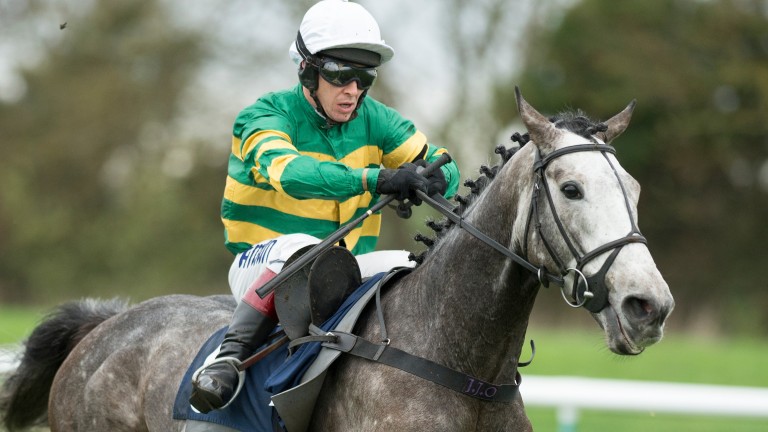 For Good Measure: bids to give owner JP McManus a follow-up success at Cheltenham
Edward Whitaker
Charles Byrnes, trainer of Top Of The Town, said of his raider: "He ran well in a three-mile handicap over the course last time and Paul Moloney suggested dropping him back in trip. He's in good form and has to have a decent chance."

The card concludes with a no less competitive 20-runner bumper, the High Sheriff Of Gloucestershire's Mares' Standard Open National Hunt Flat Race (4.05), in which there are bullish noises about recent course runner-up Brillare Momento.

Trainer Martin Keighley was delighted when his mare ran the useful Brahms De Clermont to a neck over this trip last month, on which occasion the third was six lengths adrift. He said: "Brillare Momento ran a cracker that day when there were plenty of nice ones behind her and we are expecting a big run."

FIRST PUBLISHED 6:05PM, NOV 11 2016
Brillare Momento ran a cracker that day when there were plenty of nice ones behind her and we're expecting a big run