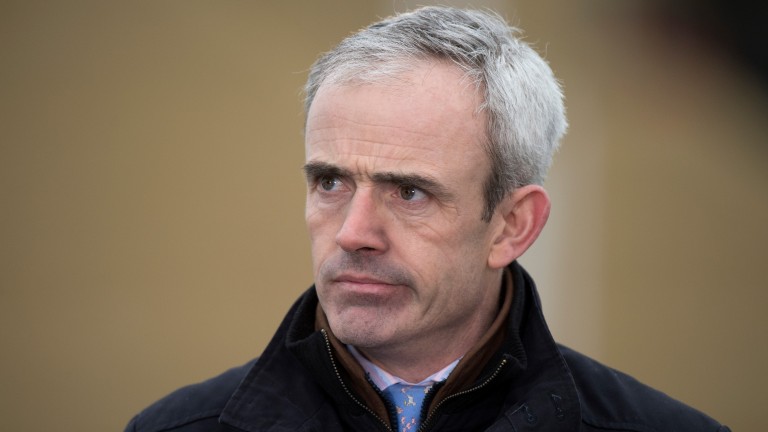 Ruby Walsh is targeting a return to the saddle at Punchestown next month after issuing a positive bulletin on his recovery from a fracture suffered in a fall at last week's Cheltenham Festival.

Walsh, who fractured his right tibia in November and made his return to race-riding at Thurles only two weeks ago, had the extent of his latest setback confirmed by his doctor this week.

He said: "I saw my doctor Diarmuid Moloney and the diagnosis is that it's a very similar fracture on the inside of the original one, which has effectively opened up."

Speaking to Racinguk.com, Walsh added: "It's good news in that the cast has come off and I'm in an air-cushioned boot right now. I don’t know exactly how long it will take to heal but it means I'm hopeful of getting back for Punchestown [April 24-28] – Aintree is not going to happen for me though.

"The prognosis could have been a lot worse and I just have to treat this as just another setback. I'm determined to get back in the saddle for Punchestown and hopefully finish the season on a high."

Welcoming the prospect of Walsh being back in action for the Punchestown festival, the track's racing manager Richie Galway said: "It's brilliant news. Much as our festival is all about Grade 1 races and big-name horses, the top jockeys are a big part of the week – and there's none bigger than Ruby."

Walsh steered Footpad and Benie Des Dieux to victory on the opening day of the Cheltenham Festival, but fell on his final ride of the first day aboard Livelovelaugh.

After finishing third in the Ballymore Novices' Hurdle on Next Destination, Walsh fell from Al Boum Photo at the second-last in the RSA Chase and was ruled out of the rest of the meeting.

FIRST PUBLISHED 8:48AM, MAR 21 2018
The prognosis could have been a lot worse and I just have to treat this as just another setback