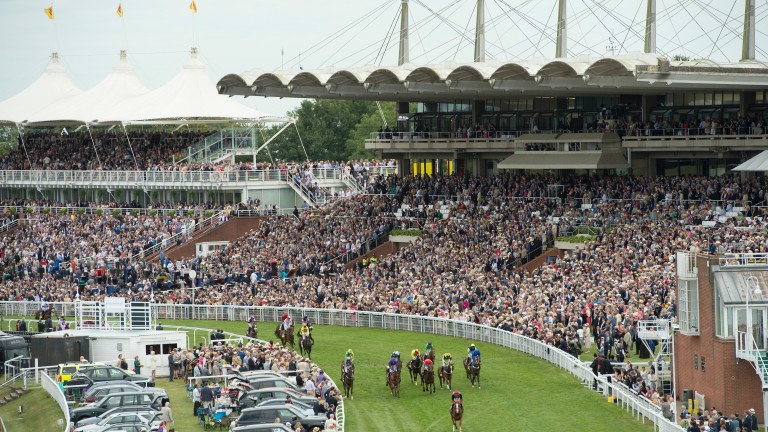 Six racegoers needed medical treatment after a brawl involving around 20 people marred Goodwood’s opening meeting of the season on Saturday.

Three were taken to Chichester’s St Richard’s Hospital as a precaution for what were described as ‘minor injuries’ suffered when fighting broke out after the sixth race at 4.25.

A large crowd had been enjoying the eight-race card on a hot and sunny afternoon on the south coast when the trouble broke out on the main lawn behind the stands in the Gordon Enclosure. Police were called to the course but no arrests were made.

One eye-witness said: "It looked pretty bad. I saw one bloke on the ground getting kicked in the head."

Goodwood apologised to racegoers for the incident which they said was 'unprecedented'.

A Goodwood spokesman said: “Goodwood racecourse was informed of a disturbance during this afternoon’s racing. The incident was dealt with by on-event security and Sussex Police were notified as a precaution.

“Goodwood racecourse wishes to apologise to any racegoer who was affected by this incident.”

FIRST PUBLISHED 7:01PM, MAY 5 2018
Goodwood racecourse wishes to apologise to any racegoer who was affected by this incident