Fancy your chances of getting full marks? Take our weekly quiz 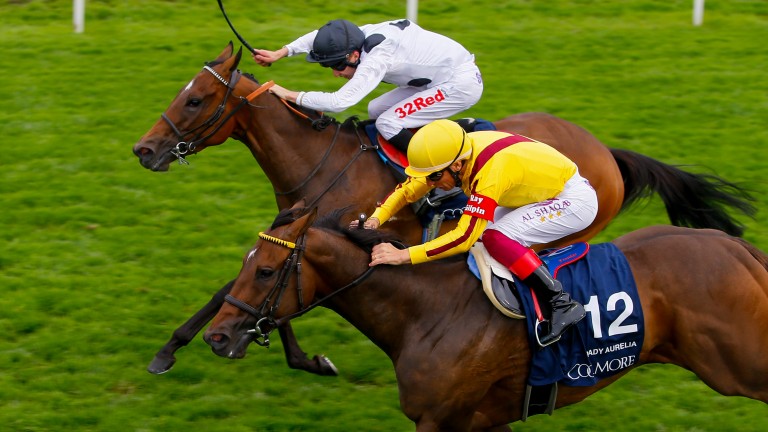 Barely a day goes by without big stories breaking, among them the seismic, controversial and downright wacky. Catch up on an eventful week in our quickfire quiz

1. Sir Michael Stoute claimed a record sixth victory in the Juddmonte International at York with Ulysses. Who recorded the trainer’s fifth win in the race?

2. Ulysses was partnered to success by Jim Crowley, who finished top jockey at York’s Ebor festival. How many winners did he ride during the four-day meeting?

3. Marsha captured the Nunthorpe Stakes in a thrilling finish on Friday. But where was her trainer Sir Mark Prescott?

A. Seeing horses in Ireland
B. At home plotting his next handicap coup
C. Stuck in traffic
D. Watching in a Newmarket betting shop 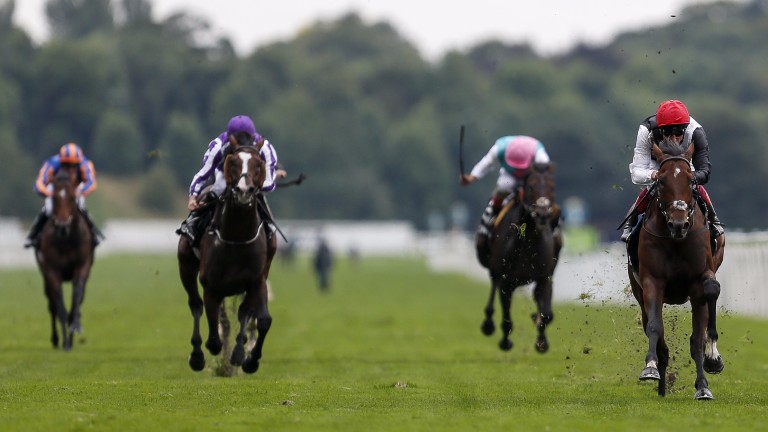 4. Cracksman was an impressive winner of the Great Voltigeur Stakes. What was significant about the race?

A. It was the first time John Gosden had trained the winner
B. None of the runners held an entry in the St Leger
C. There was a tape start due to all the heavy rain
D. The field consisted only of progeny of Frankel and Galileo

5. Sands Of Mali ran out a surprise winner of the Gimcrack Stakes on Saturday. Which football team is his co-owner Peter Swann chairman of?

7. Talented jumper Neon Wolf was sadly put down after suffering a tendon injury. In which race did he finish second at this year’s Cheltenham Festival? 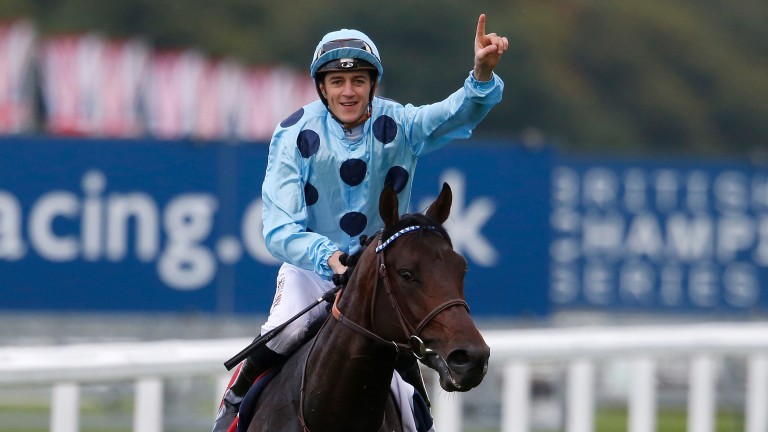 Almanzor: has been retired to stud
Alan Crowhurst

8. Almanzor has been retired after finishing down the field on his return at Deauville. Who finished second to him in both the Irish Champion Stakes and Qipco Champion Stakes in 2016?

A. Minding
B. Found
C. Harzand
D. My Dream Boat

9. Enable produced another stunning effort to win the Yorkshire Oaks. What is her average winning distance in the Oaks, Irish Oaks, King George and Yorkshire Oaks?

10. Davy Russell was cautioned on Saturday for striking King Dolly in the head before a race. At which track did the incident take place?