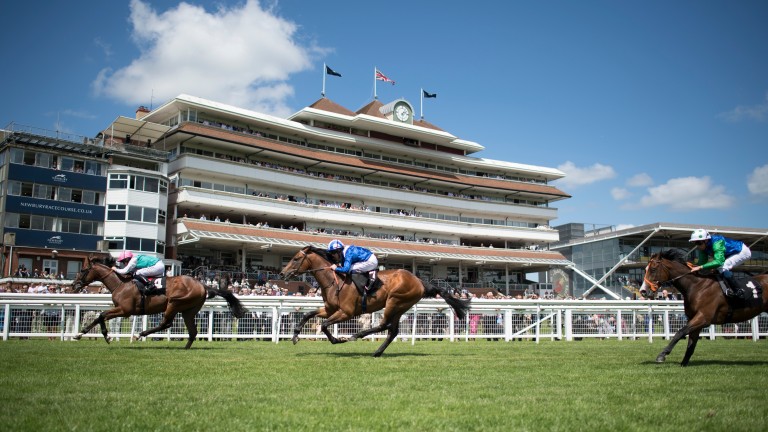 Expert Eye and Ryan Moore will be reunited on Saturday at Newbury, where the pair combined to win last June
Edward Whitaker
1 of 1
By Lee Mottershead 11:35AM, APR 19 2018

Moore was aboard Expert Eye when he won on debut at Newbury but he was then unavailable when Khalid Abdullah's colt scored easily at Glorious Goodwood before flopping badly on his final juvenile outing in the Dewhurst Stakes, both times under Andrea Atzeni. 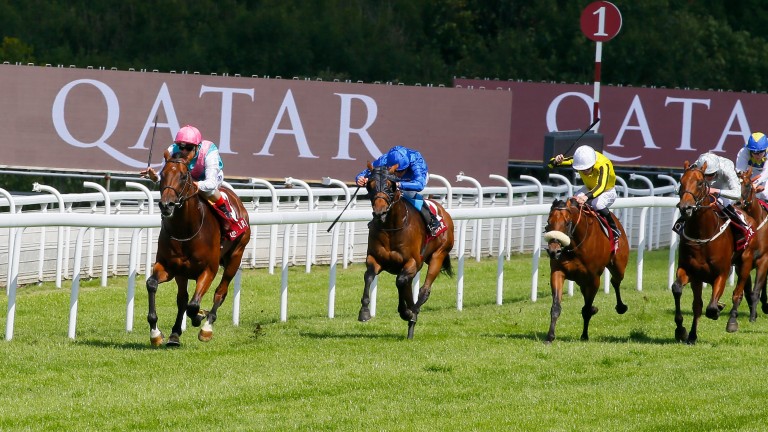 It is nigh on impossible Coolmore's number-one jockey Moore will be able to ride Expert Eye should he make the Newmarket Classic.

However, he will be doing the steering on Saturday, when his seven opponents include James Garfield, who returns to the track where he won the Mill Reef Stakes. As on that occasion Frankie Dettori will be on his back.

Headway and Glendevon were among the higher-profile Greenham entries not declared to run.

Expert Eye is set to start a hot favourite, while Moore is also likely to be on the market leader in the 11-runner Dubai Duty Free-backed Fred Darling Stakes, in which he will also don the Abdullah silks, on the Roger Charlton-trained 33-1 Qipco 1,000 Guineas outsider Gavota, who was twice placed at Group level last autumn.

Atzeni and Moore will both be in action in the John Porter Stakes, with Atzeni on Defoe and Moore booked for Autocratic. Six horses will take part in the Group 3 prize.

FIRST PUBLISHED 11:35AM, APR 19 2018
It is nigh on impossible Coolmore's number-one jockey will be able to ride the colt should he make the Newmarket Classic

One trainer, one jockey, one horse and one race to watch on Saturday Mark Crehan gets backing of Stoute and Dettori following 28-day Doncaster ban