News Catch me if you can

Dan Skelton: made a flying start to the season and has plenty of ammunition left
Martin Lynch (racingpost.com/photos)
1 of 1
By Lewis Porteous UPDATED 5:34PM, SEP 27 2017

The leaves may not long have begun to turn but Dan Skelton, the early pacesetter in the jump trainers’ championship, is already looking at some of autumn's bigger prizes for his formidable Warwickshire-based team.

Skelton has scorched ahead of his rivals thanks to a superb summer and has some big plans brewing as he looks to consolidate his lead well into the core of the season.

A double at Warwick’s first meeting of the season on Tuesday means the Cheltenham Festival-winning trainer has already notched 68 successes this term and leads closest pursuer Jonjo O’Neill by almost £200,000 in prize-money.

“The summer has been brilliant,” said Skelton. “We set out to give ourselves the best start we could and we’ve achieved that.”

Skelton, 32, has never hidden his ambition to someday follow in his mentor Paul Nicholls’ footsteps and become champion trainer, but he acknowledges it will be tough this season to fend off the likes of reigning title-holder Nicky Henderson, Colin Tizzard and his former boss. 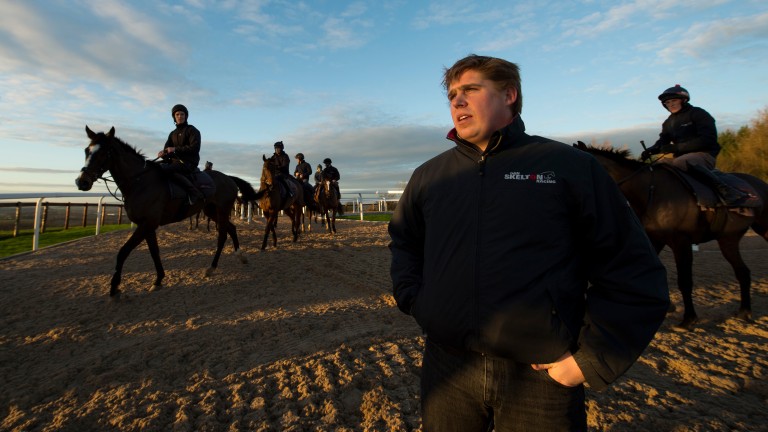 Dan Skelton with first lot at the top of the gallops at Lodge Hill Stables, Shelfield Green, near Alcester
Edward Whitaker (racingpost.com/photos)

He added: “Everyone knows I’m ambitious and I’m not going to save horses because I might have a better shot at the title next year. The season is the season and we’ve got them to run. We’re in front at the moment and our advantage should last well into the season.

“But when you look at what Nicky has to run – Altior, Buveur D'Air and all those big boys who go around mopping up big chunks of dough – you’ve got to take notice. Tizzard is talking for the first time like he wants it and, while Paul Nicholls hasn’t, you’d be an idiot to write him off.

“It’s not at the forefront of my mind, as I know it’s highly unlikely.”

Ladbrokes, bet365 and Betway make that likelihood a best-priced 33-1 chance, behind Henderson, who is odds-on to retain his crown, Nicholls, Tizzard and Willie Mullins, but Paddy Power, who do not quote Mullins, make him only a 9-1 shot. 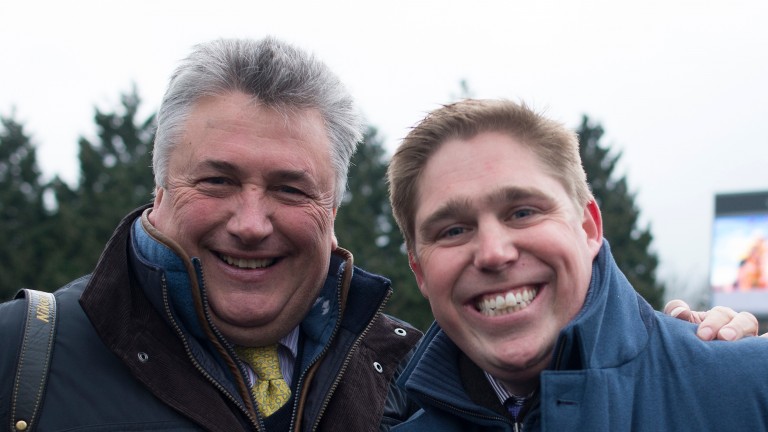 Match made in heaven: Skelton and Paul Nicholls (left) at Kempton in February before they saddled the only two runners in a graduation chase. On that occasion the sorcerer outdid his former apprentice when Politologue beat Pain Au Chocolat
Edward Whitaker

With a team of 140 horses, Skelton is well stocked in all divisions, although he feels last season’s crop of bumper horses ready to embark on a first campaign over hurdles might be the strongest part of his arsenal.

That squad includes Cause Toujours, a well-backed 9-2 favourite before finishing ninth in the Champion Bumper at Cheltenham last March.

“He probably didn’t quite get up the hill at Cheltenham and if I had my time again I’d have ducked Cheltenham and gone to Aintree, but it’s history,” he said. “I’ll start him off in a small hurdle race and go from there.

"He’s obviously a two-miler with lots of speed and at the moment I think we can say he’s favoured by the flatter tracks." 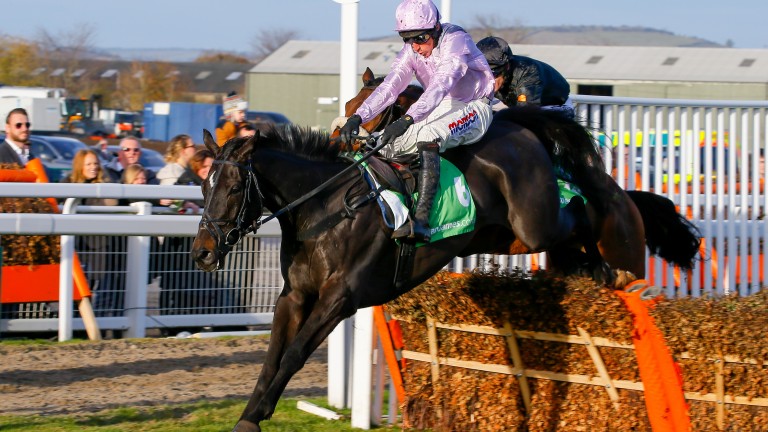 North Hill Harvey: could be an exciting recruit to novice chases this season
Mark Cranham

Skelton’s younger brother and stable jockey Harry nominates Captain Forez as the horse he is most looking forward to this season, and for good reason after the five-year-old chased home Finian’s Oscar in a Grade 1 at Aintree in April.

The trainer said: “He’s going to go back to Aintree on October 29 for a maiden hurdle over 2m4f and then probably to Cheltenham’s November meeting and races like the Challow.

"I shouldn’t have thought there are too many higher-rated maidens coming into this year.”

Bedrock, third to Defi Du Seuil at Aintree last season, is close to his return, with Skelton eyeing a rematch with last season’s leading juvenile hurdler at Cheltenham next month.

He added: “Bedrock will probably run next week and then go to Cheltenham and face Defi Du Seuil."

Prestbury Park is also on the agenda for two of his leading chasing hopes. Two Taffs will go down the BetVictor Chase route, while North Hill Harvey will run at the first October meeting.

"We’ve a real cross-section to look forward to,” said Skelton.

Only two brothers – not 12 – needed for this modern fairytale

FIRST PUBLISHED 4:49PM, SEP 27 2017
Captain Forez is going to go back to Aintree on October 29 and then probably Cheltenham’s November meeting and races like the Challow