Russell let himself down in a moment of madness 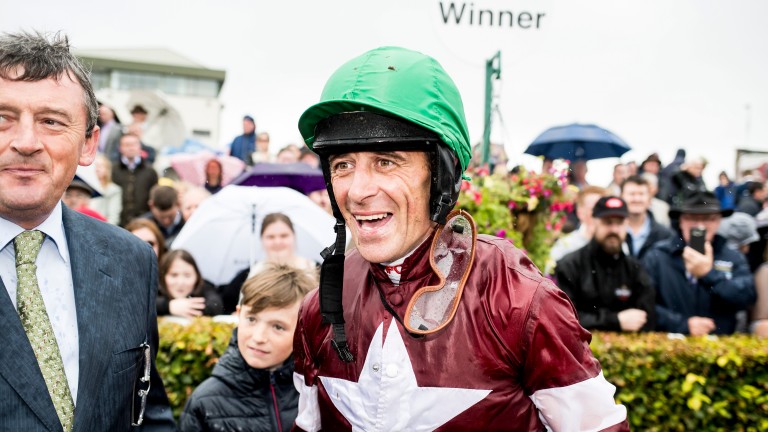 Davy Russell, who appeared to strike Kings Dolly with his fist at Tramore on Friday night
Patrick McCann
1 of 1
By Richard Forristal UPDATED 6:58PM, AUG 23 2017

When Davy Russell lashed out and struck Kings Dolly at Tramore on Friday night, he let himself and his sport down.

There isn't much point in dressing it up otherwise. Russell has set the highest of standards for himself during a long and glorious career, and this incident fell short of those standards.

He is a senior rider in the glare of the spotlight who sets an example in almost everything he does, so striking a horse across the top of the neck or the head is indefensible.

What he did won't have hurt the horse – they do a lot worse to themselves when out in the field together – but that isn't the point.

As is its wont, the judge and jury of social media has condemned him for his actions. However, lost amid all the uproar is a little perspective.

In the saddle, two things have defined Russell's riding. He is and has always been a sympathetic horseman, whose refusal to aggressively harry horses is one of the most edifying sights in the game.

The other thing with which Russell is synonymous on the track is his cool temperament. On the big days, he exhibits a degree of composure under pressure that separates the best from the rest.

Both of those traits, never more evident than in his famous Gold Cup triumph on Lord Windermere, fleetingly deserted him on Friday. In a moment of madness, after being nearly dropped by Kings Dolly at the show hurdle, the former dual champion reacted badly.

He will now have to take whatever medicine comes his way from the Turf Club, which is rightly going to hold him to account.

Clearly, having received a 14-day ban for verbally abusing the stewards at Clonmel last year, Russell has previous in terms of managing his anger.

Like the rest of us, he is flawed, but he also has a history of addressing adversity with admirable dignity in the cold light of day.

He apologised to the Clonmel stewards for his actions and did his time, and he needs to step up now and show the same sort of character here.

FIRST PUBLISHED 6:58PM, AUG 23 2017
Clearly, having received a 14-day ban for verbally abusing the stewards at Clonmel last year, Russell has previous in terms of managing his anger

Elliott: if you don't want to be champion trainer, why else would you do it? Davy Russell and Jack Kennedy set for sidelines after Limerick injuries