Richard Johnson out until Tuesday at the earliest after Wetherby fall 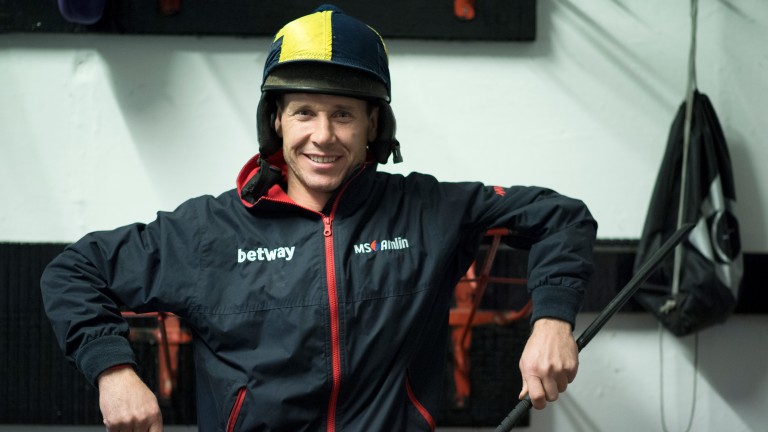 Champion jockey Richard Johnson will not ride again until the new year as a result of being concussed in the fall he suffered on Boxing Day at Wetherby.

Johnson cannot return until Tuesday at the earliest under the mandatory seven-day period set for concussion cases and must take a special test before he can be cleared to resume.

It means he will have to sit out both Saturday's meeting at Newbury and the New Year's Day card at Cheltenham.

"If you get concussion you are off for a mandatory seven days, which means Tuesday is the earliest I can return unfortunately," Johnson said in his Betway blog on Thursday. "It’s really frustrating to be missing out on Newbury on Saturday and Cheltenham on New Year’s Day, especially as I feel absolutely fine.

"I understand that safety has to come first, though, so I just have to sit and suffer. I’m heading up to York now [Thursday] to see a neurologist to get checked out, but I’m sure everything will be fine.

"The earliest I can do the baseline test is Monday, so I might be riding at either Ffos Las or Ayr on Tuesday. It’s not a time of year you want to be off, but it could be a lot worse."

Johnson has ridden 123 winners this season and is 18 clear of nearest pursuer Harry Skelton in the 2017-18 Stobart Jump Jockeys Championship.

He rode a double at Wetherby before taking a heavy fall from Grey Gold in the handicap chase after which he was stood down.

"In a way I was lucky that Chepstow was off on Wednesday, as I would have hated to miss out on Rock The Kasbah in the Welsh Grand National," he said. "It was a shame for everyone at the course that it had to be abandoned, but we can all look forward to the race on Saturday week."

FIRST PUBLISHED 12:00PM, DEC 28 2017
It’s really frustrating to be missing out on Newbury on Saturday and Cheltenham on New Year’s Day, especially as I feel absolutely fine