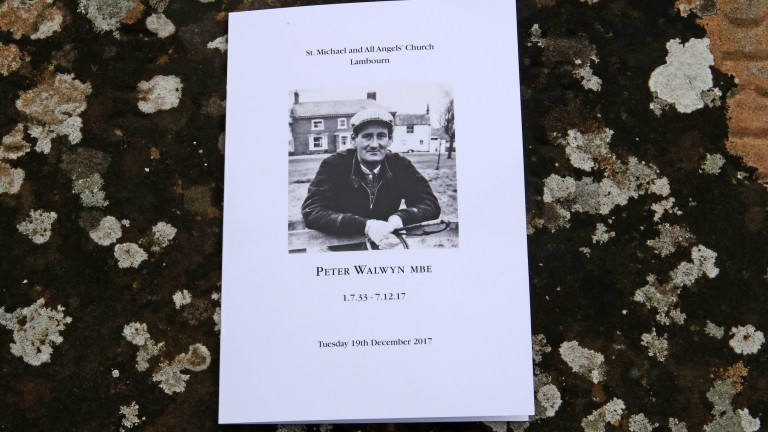 If there was any doubt what a popular figure Peter Walwyn was in Lambourn, one had only to look at the attendance inside the St Michael & All Angels Church. There was no doubt.

The nearby streets, normally collecting winter leaves or a dusting of ice, were on Tuesday packed bumper to bumper as a crowd of around 600 people gathered to say goodbye to one of the village's all-time favourite sons – a number Reverend Martin Cawte reckoned to be among the top three for a memorial service in his time at this particular altar.

Walwyn, who died this month aged 84, was a two-time champion Flat trainer, in 1974 and 1975, and famed for his handling of Derby hero Grundy, who denied Bustino in a King George duel for the ages. But he was much more than a successful trainer.

Devoted husband to his equally popular wife 'Bonk', loving father and admired grandfather, Walwyn was a driving force of the community spirit Lambourn is lucky to rely on now.

He set up the Lambourn Trainers Association, was at the forefront of the Lambourn Valley Housing Trust and was partly responsible for what is the hugely important Lambourn open day, now staged in honour of Sir Peter O'Sullevan. 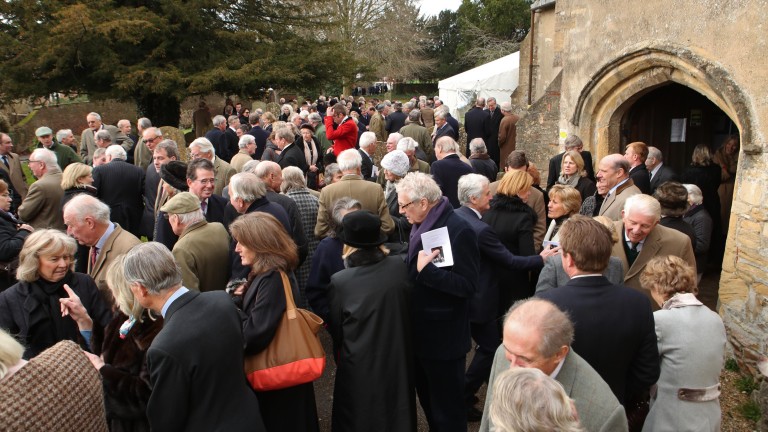 Standing room only: around 600 people attended the service
Matthew Webb

There was, of course, another side to the man whose nicknames included John Cleese's infamous alter ego Basil Fawlty, as long-time assistant Mark Smyly, now chairman of the open day, recalled.

"Poor Ian Balding was having a quiet time and like a lot of trainers was hit by the virus," Smyly said in a touching tribute.

"He had a winner one day at Salisbury and wasn't there, but his wife Emma was. On seeing her, Pete said, 'Well done, that was marvellous.'

"To which Emma replied, 'Thanks Peter, Ian will be so relieved because he hasn't had a winner for 30 days'.

Lambourn trainers Nicky Henderson, Oliver Sherwood, Charlie Hills, Warren Greatrex and Clive Cox were among those in attendance, while Richard Hills, Ed Dunlop, Jessica Harrington, Andrew Balding, Teddy Grimthorpe and Angus Gold had come to pay their respects from further afield as the church filled with a real-life version of the Directory of the Turf.

Legends of yesteryear Barry Hills, Joe Mercer, John Dunlop and Ian Balding were also present, as was Charlie Johnson, Grundy's lad during the golden era of the Walwyn yard.

"Pete was good, always fun," Johnson reflected. "If you have fun at work it can't be bad, can it? We kind of coined him Basil and when some of the lads would ride out with Bonk she always found it funny.

"I remember she watched Fawlty Towers when we said it and she said he was nothing like Basil, but, of course, it stuck.

"There are so many stories. I remember riding one day and one of the apprentices was waving his stick about, which Pete hated. He was screaming at him to tuck it away and the young lad couldn't understand him and thought he said, 'Chuck it away'. He threw it over the fence, and that set Pete off even more. Every day there was one of those stories." 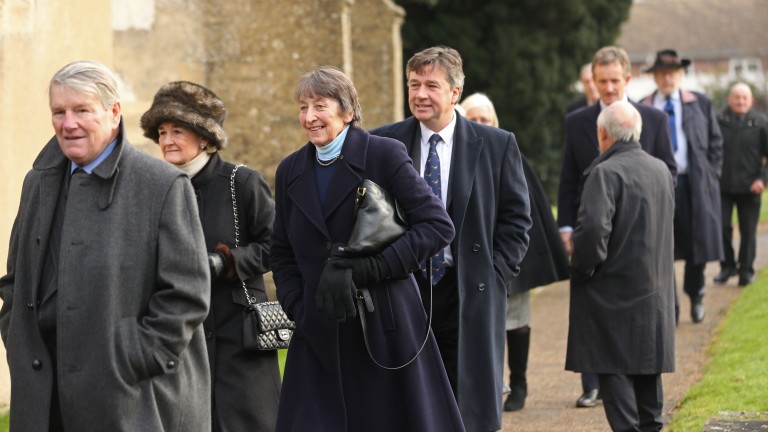 The laugh aloud moments similar to those of one of Britain's most beloved sitcom characters did not define Walwyn, whose success prompted affection, not envy.

"I went to see him years later and he reminisced about a filly I got completely wrong," added Johnson. "She was backward and slow and he hated to be told they weren't any good.

"One day I was so far behind in a gallop I told him she was absolutely useless, but she went on to win four or five and he reminded me of that – she was the granddam of the Derby winner Reference Point, so I definitely got it wrong."

At a time of year when gongs are given out, a nailed-on winner for understatement of 2017 has surely been found.

Peter Walwyn, former champion and trainer of Grundy, dies at 84

'In whatever guise, he will be a much missed character in the valley'