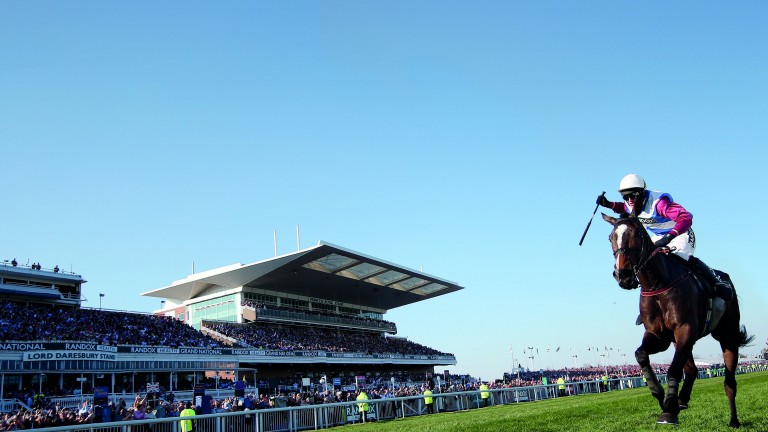 The rise and rise of the Cheltenham Festival is once again reflected in the figures published for Coral’s top 40 betting races based on shop turnover in Britain last year.

Half of the races listed take place at the festival, and some of those have become increasingly popular betting mediums in recent years.

The top four continued to be the Randox Health Grand National, Timico Cheltenham Gold Cup, Investec Derby and Coral Scottish Grand National, with the most spectacular rise being the Coral-Eclipse. Only the 31st biggest betting race in 2015, it soared to number 15 in 2016 and last year made number six.

The figures reflect the importance of competitiveness in top-class races to the general punting public. The William Hill St Leger, Eclipse and King George VI And Queen Elizabeth Stakes all made huge strides in 2017.

“The Grand National, with its unique mass-market appeal, is the undisputed champion when it comes to betting turnover on a single race, but the Cheltenham Festival is without doubt the most popular four days of betting in the horseracing calendar,” said Simon Clare, Coral PR director.

“The midsummer Group 1s performed really well in 2017 with the Coral-Eclipse, King George, July Cup and Nunthorpe all showing improved performances, while the Lockinge and St Leger also proved more popular than in previous years, proof once again that the combination of star quality and competitiveness is the perfect betting cocktail.”