'Once Smad jumped the last, the six or seven of us stood together went crazy' 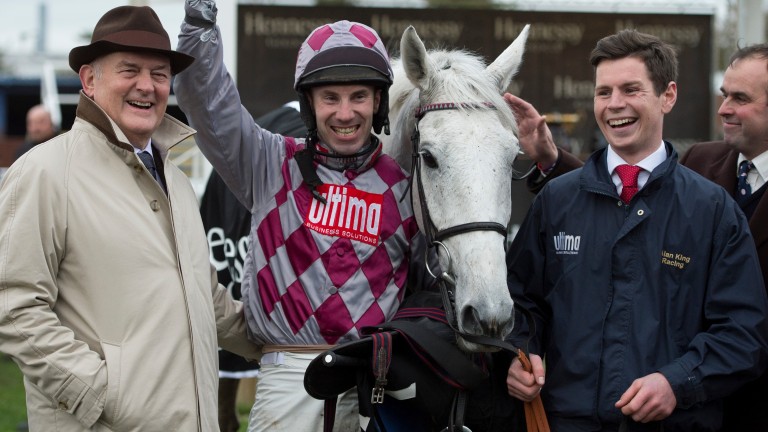 Jamie Insole, pupil assistant to Alan King, on his memories of looking after Smad Place for his final three and a half years at Barbury Castle

'Smad' is a lovely horse and was a pleasure to look after, so it’s really sad for everyone at the yard he's been retired.

He was lovely in his stable, nice and playful, and loved his work. He used to get quite excited going out on the gallops – he regularly throwed big bucks – but other than that was an easy horse to look after and ride.

He had his own ways – he liked the sun on his back and wasn’t a fan of wet weather.

Once he got to the track on a raceday and had his bath, he just walked to the back of the box, crossed his back legs and stood there until it was time for him to be tacked up. He did that every time. He was a true professional, nothing flustered him.

His jumping was exuberant and he liked running from the front, so it was no surprise he built up a following. He was a great horse to watch run and if you were watching a race for the first time, he would be the horse that stood out. He just made you go 'wow'.

Smad Place in full flight at Aintree
Martin Lynch
I remember being really nervous watching the 2015 Hennessy Gold Cup. I kept thinking he was going to come back to the pack but it never happened. Once he started drawing away from them it was incredible. When he jumped the last and we knew he’d won, the six or seven of us from the yard who were standing together went crazy.

The Old Roan Chase last year was an amazing day too. It was quite emotional. Everyone had written him off so it meant so much for him to come back and prove his doubters wrong. It showed he still had that fire in his belly, he could still out-jump them and out-gallop them. That was a brilliant day.

I’m going to miss riding him out, although it's my last week at Barbury Castle as well as I’m joining Charlie Hills as pupil assistant. So it’s quite fitting we’re heading off, albeit in separate ways, at the same time.

Smad Place's career in the words of those closest to him

FIRST PUBLISHED 1:57PM, JAN 31 2018
Everyone had written him off so it meant so much for him to come back and prove his doubters wrong