O'Brien 20-1 for clean sweep of Classics 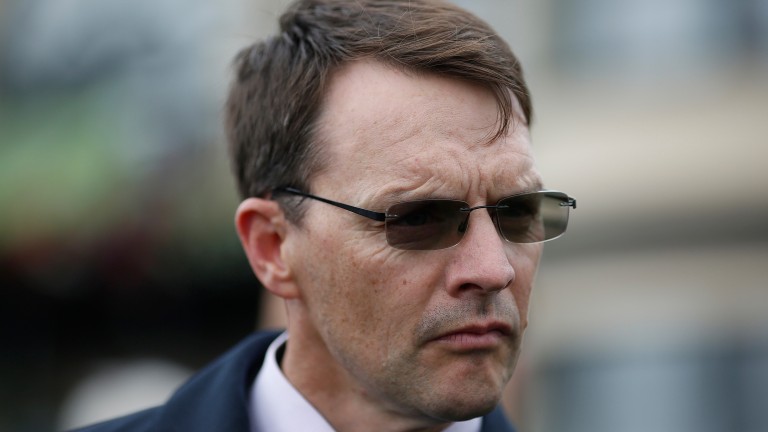 Aidan O'Brien: holds the trainers' record of six British and Irish Classic victories in one year
Getty
1 of 1
By David Jennings 8:37PM, MAY 22 2017

Aidan O'Brien is as short as 20-1 for an unprecedented clean sweep of all ten Classics in Ireland and Britain in 2017 as he prepares Churchill and Winter to follow up their Newmarket heroics at the Curragh this weekend.

O'Brien already holds the trainers' record of six British and Irish Classic victories in one year and has achieved that feat three times – in 2001 (three British, three Irish), 2008 (one British, all five Irish) and 2012 (four British, two Irish).

But the man who derailed Ballydoyle's Classic steam train at this meeting last year is bidding to do the same with the unbeaten Irishcorrespondent in the Tattersalls Irish 2,000 Guineas on Saturday.

And now he has his sights set on taking down 2,000 Guineas winner Churchill, a top-priced 4-11 for Saturday's colts' Classic.

Trained by Michael Halford, Irishcorresponent was not seen as a two-year-old but has rapidly developed into a high-class colt with a comfortable maiden win at Leopardstown and an even easier victory this month over the same course and distance as the 2,000 Guineas. Foley is excited at the prospect of his Classic bid.

"I've always loved him," beamed the 29-year-old. "For one of Michael's [Halford] to do what he did first time out at Leopardstown told you all you need to know. We've always thought the world of him at home and we've not got near the bottom of him yet. At this stage of his career, he's as forward as any I've ever ridden." 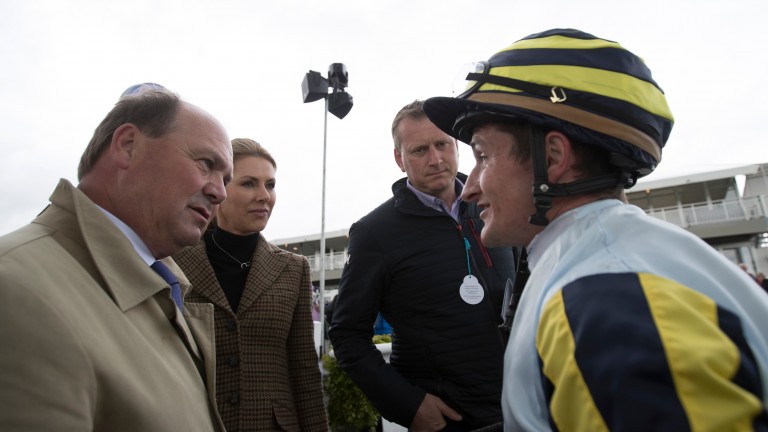 End of the partnership: Michael Halford and Shane Foley have parted ways
Patrick McCann
Irishcorrespondent was on Monday a top-priced 5-1 for Saturday's assignment and Foley said: "He's a very laid-back colt with a lot of ability. He's so straightforward – he jumps, travels and stays – and he has such a lovely temperament to go with it.

"I know people might say he hasn't beaten much but it's the manner that he's done it that I've been so impressed with. He had a blow after he won at the Curragh, so I think fitness-wise he'll improve again."

Foley is under no illusions about the magnitude of the task facing him and has huge respect for Churchill.

"It's very seldom you see Ryan [Moore] so upbeat about one and he obviously thinks a lot of Churchill. He seems to only do what he has to. He's a very smart horse," Foley said.

Ladbrokes have made O'Brien a 50-1 shot to win all ten Classics in Ireland and Britain this season but Paddy Power believe achieving the feat is not as far-fetched as their rivals do and offer only 20-1.

"Aidan’s English Guineas winners Churchill and Winter are both odds-on chances for the Irish equivalents, while the master also has the favourites for both the English Derby and Oaks. If that quartet prevail, the 20-1 about him saddling a Classic full house in both countries could look very big indeed," Paddy Power spokesman Paul Binfield said. 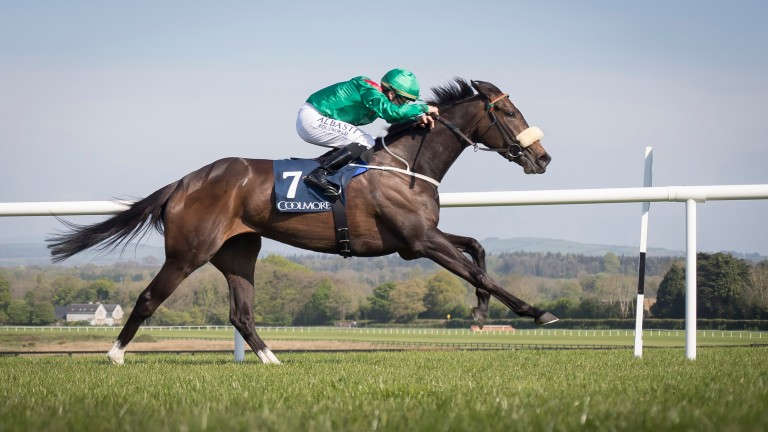 Rehana books her Irish 1,000 Guineas ticket under Shane Foley at Naas
Patrick McCann
Foley could have a second shot at spiking the O'Brien big guns when Rehana, whom he rode to a Group 3 win at Naas this month, takes on Winter in Sunday's Tattersalls Irish 1,000 Guineas.

The rider is unsure whether he will be aboard as Pat Smullen could get the call-up if he is not claimed by Dermot Weld for Eziyra or one of his other four entries, but he had high praise for the Dark Angel filly, a best-priced 5-1 and also trained by Halford.

"She's very good and I liked her from day one," Foley said. "She got beat on slower ground last year when she wasn't strong enough. You saw what she could do at Naas when she got her ground and she would have to have a big chance."

FIRST PUBLISHED 7:03PM, MAY 22 2017
We've always thought the world of him at home and we've not got near the bottom of him yet