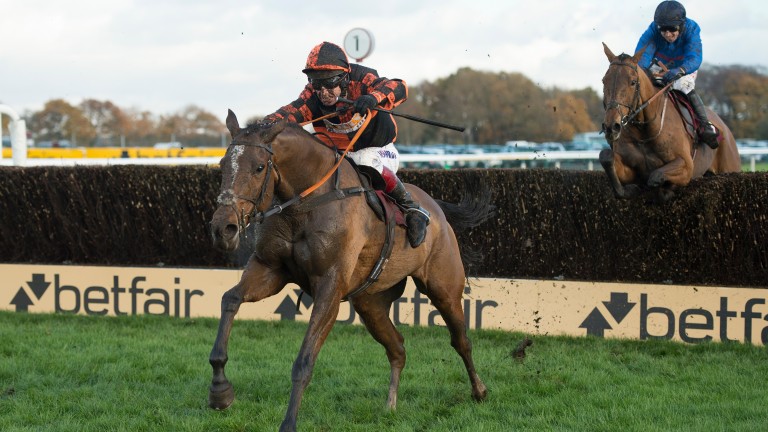 Mysteree and Wild West Wind have come in for support with sponsor Coral for Saturday's Welsh Grand National at Chepstow and were on Wednesday night sharing favouritism at 8-1, in front of long-time market leader Beware The Bear.

Coral also reported money for Mysteree's old rival Chase The Spud, in to 10-1 (from 12).

The firm's Simon Clare said: "Even by Chepstow standards, the going for the Coral Welsh Grand National on Saturday is going to be incredibly testing and all the money has been for confirmed mud-lovers. Despite pushing out Beware The Bear to 9-1 we have yet to strike a notable bet in anger on the horse."

Michael Scudamore has already won one rearranged Welsh National with Monbeg Dude, in January 2013, and is optimistic about last season's Eider Chase winner Mysteree, who will be making his reappearance in the event rescheduled from its original slot on December 27.

Scudamore said: "Like Monbeg Dude, Mysteree is an out-and-out stayer who'd never catch the eye on the gallops, and he's also very tough and very honest. Neither of them are the biggest either, so there are definite similarities." 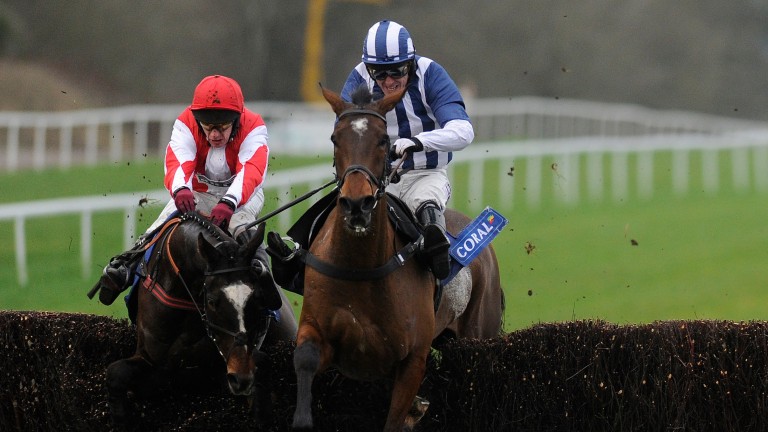 He added: "I really couldn't be happier with Mysteree. His preparation has included a couple of racecourse gallops in which he has gone really well, and he appears stronger and better in himself than he ever was last season."

Scudamore is based less than 30 miles from Chepstow and reported that Wednesday was "an unbelievable drying day", although it will no doubt still be testing on Saturday. He added that Mysteree's rider Robbie Dunne had walked the course and was pleased to find there was no longer any water lying on the track.

While testing conditions are perfect for Mysteree, they are a worry for Vintage Cloud's trainer Sue Smith.

She said: "He's only a young horse and has improved physically this season. He ran a terrific race at Aintree first time up this season but that was on good ground and I'd be worried about the conditions. It's going to be on the extreme side and other horses are going to enjoy it more than him."

We Have A Dream has been installed favourite by Paddy Power for the supporting Grade 1 Coral Future Champions Finale Juvenile Hurdle in the wake of trainer Nicky Henderson telling the Racing Post on Tuesday that his other entry, Apple's Shakira, is more likely to wait for Cheltenham at the end of the month.

Gary Moore's impressive Sandown winner Sussex Ranger is Paddy Power's 7-2 second favourite, but he has Sandown's 32Red Tolworth Hurdle as an alternative and no commitment will be made until later in the week.

Moore said: "My preference would be to run at Sandown, all day long. He does go on ground with cut in it, but I'd also rather run on heavy at Sandown than Chepstow. I'm not a clairvoyant, though, so it's too soon to make a decision.

"I think I know roughly what runs at Sandown but it's harder to know for sure about the Finale. However, if that looked much the weaker race we'd have to go for that."

FIRST PUBLISHED 6:29PM, JAN 3 2018
I couldn't be happier with Mysteree. His preparation has gone really well, and he appears stronger and better than ever