Mullins reveals Champion Chase is now the target for Yorkhill 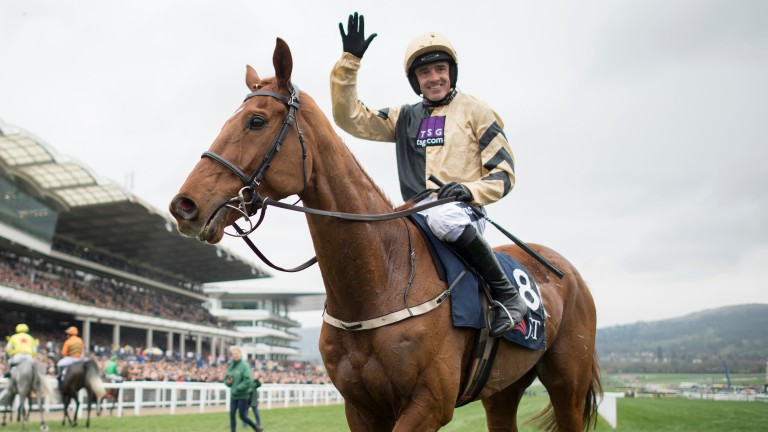 Yorkhill: will now be treated like a Champion Chase candidate by Willie Mullins
Edward Whitaker
1 of 1
By David Jennings UPDATED 1:11PM, JAN 17 2018

Yorkhill will be treated like a Betway Queen Mother Champion Chase candidate until he shows otherwise, trainer Willie Mullins revealed on Monday.

However, while one of the biggest posers facing punters before the Cheltenham Festival seems to have been solved, the Mullins team remain in the dark over Faugheen and Douvan after recent setbacks.

However, if all continues to go well with Leopardstown flop Faugheen he could reappear in the BHP Insurance Irish Champion Hurdle a fortnight on Saturday.

Like Faugheen, Yorkhill disappointed at the Leopardstown Christmas festival, trailing in last of eight finishers in the feature Grade 1 3m chase, and while various Cheltenham options were on the table in the immediate aftermath, the Andrea and Graham Wylie-owned eight-year-old is set for a dramatic drop in distance.

Yorkhill was the yard's number one Timico Cheltenham Gold Cup hope before Christmas, according to the betting, but his first attempt at three miles could be his last, with Mullins believing it time to concentrate on his speed rather than trying to stretch his stamina.

"If we think he's Champion Hurdle class we could have a potential Champion Chase horse," reasoned Mullins. "We'll go down the two-mile chase route and if that doesn't work we'll go back to hurdling." 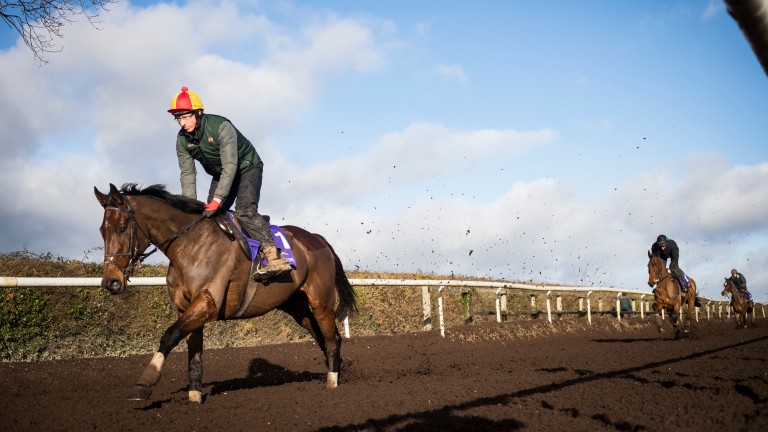 Mullins, speaking at the launch of the Dublin Racing Festival at his Closutton stable, continued: "I'm happy enough for him to run at the festival [Grade 2 Coral Dublin Chase] a fortnight on Saturday and take it from there.

"There's no real alternative. I never thought he was a Gold Cup horse. I thought he was a Champion Hurdle horse. If he was very hard to ride in a two-mile race, how are you going to ride him in a three-mile-two race around Cheltenham?"

Yorkhill is priced between 7-2 and 7-1 for the Champion Chase, with Douvan and another stablemate, Min, in the same market vicinity.

Mullins has yet to win the Cheltenham Gold Cup, but Killultagh Vic could emerge as his big hope for 2018 after being given the green light to join Djakadam in the Unibet Irish Gold Cup at Leopardstown on February 4, the second day of the racing festival.

"I'm thinking Killultagh Vic and Djakadam will run in the Irish Gold Cup," said Mullins. "I'm very pleased with how Killultagh Vic came out of his comeback at Punchestown on New Year's Eve. He seems in great form. 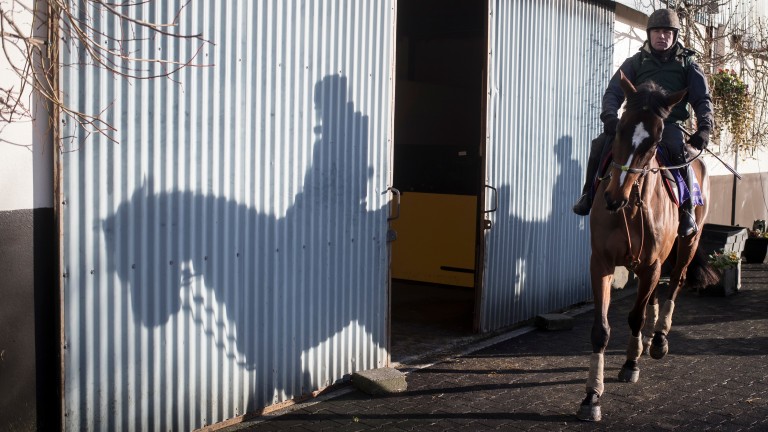 "He just doesn't treat hurdles with the same respect he treats fences, so that's why we'll head back over fences."

Djakadam was pulled up in the race Yorkhill contested at Leopardstown last month, and Mullins continued: "I was very disappointed with Djakadam at Christmas and it was probably the worst run of his career. Nothing's shown up, maybe it was too close to the John Durkan."

The trainer added: "Total Recall is entered too but I'm not sure if he'll be aimed at the Grand National or go the Graded chase route. I'll have to speak with the owners and see what they would like to do."

The Faugheen mystery remains unsolved, with test results leaving Mullins none the wiser, but he is happy to having a crack at the Irish Champion Hurdle provided the 2015 Champion Hurdle hero continues to progress.

"We're as happy as can be expected with Faugheen," said Mullins. "All his tests have come back fine. The next step up is to do a little bit of fast work this week and if he passes that test we'll be aiming at the Irish Champion Hurdle.

"We've been minding him and last week we gave him a slow canter. We'll move up a gear this week." 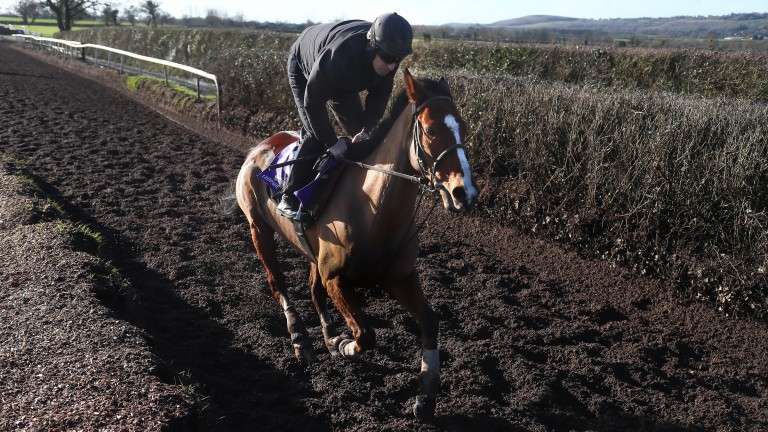 There was also a positive update on Douvan, who has not made it to the track this season and was at one point ruled out of doing so, before connections had a rethink.

Mullins said: "Douvan is back cantering and we're doing that for a few weeks to see how he progresses. We'll take things slowly. I don't know, and I don't want to say, what the chances are of his running this season.

"There was an injury there and, whether that was an old injury or not, he was hurting for a few days."

FIRST PUBLISHED 7:15PM, JAN 15 2018
If we think he is Champion Hurdle class, we could have a potential Champion Chase horse