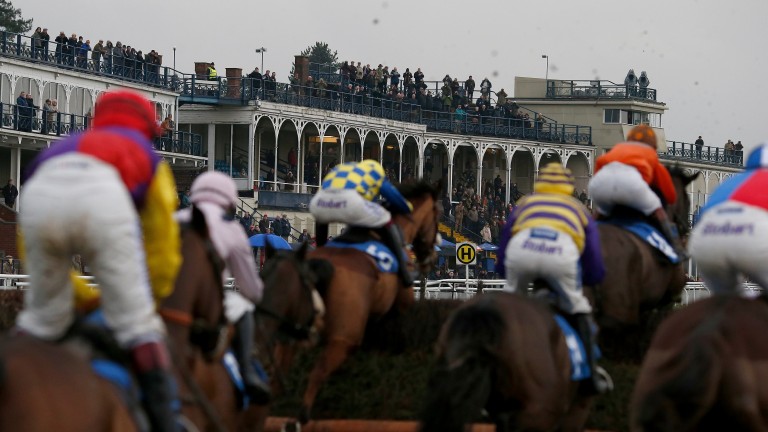 Ludlow was pointing the finger at trainers after Thursday's seven-race card attracted just 37 runners despite prize-money of £72,000.

Bob Davies, Ludlow's general manager, said: "We are trying to do our best for racing and when we get this we wonder what the hell is the point.

"It is disappointing when we are putting in £28,000 of our money into the prize-money every meeting and everyone wants to get more owners into racing.

"It almost seems as if trainers have had four hard days at Cheltenham and now need a short holiday and aren't thinking about running their horses.

"I feel sorry for the owners. We aren't after Cheltenham horses and don't put the money into one high-value race taking 50 per cent of the day's purse, but spread the money across all the races."

Only the hunter chase, ironically with the lowest prize-money of £6,000, has attracted a full each-way betting field of eight. The feature £20,000 handicap chase has just five runners as do two other races after the meeting starts with two four-runner races.

Davies added: "We are lucky that we are a raceclub and have a very pro-racing board not looking at bottom-line profits. We still want to make a profit but it is ploughed back into improvements both to the racecourse and prize-money."

Ludlow is still expecting a busy day as it is a charity meeting with more than 500 lunching in the marquee.