Is Super Saturday too much of a good thing? 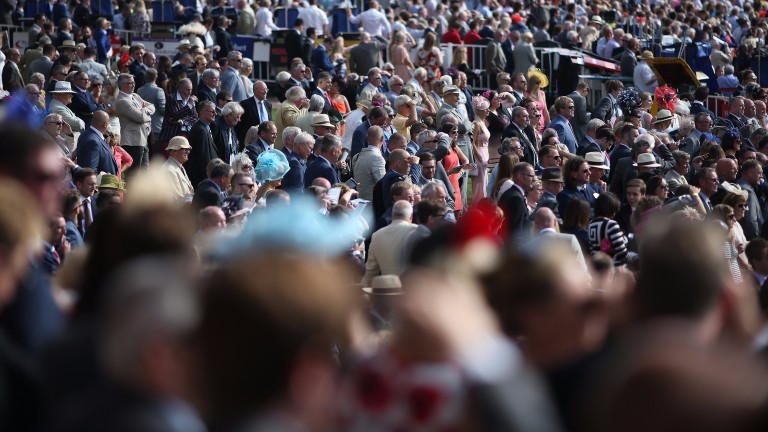 Racegoers at York will not be frantically trying to keep up with goings-on elsewhere
Alan Crowhurst
1 of 1
By Richard Birch and David Baxter 4:11PM, JUL 15 2017

This Saturday there are six meetings in Britain and one in Ireland. Six Group races and a host of valuable handicaps means there is something for everyone, but is the congested afternoon of action a case of too much of a good thing?

It may be Super Saturday for connoisseurs of high-class racing and top-level handicaps in theory.

However, in practice the sheer volume and intensity of events is utterly bewildering and overwhelming, and it is a day I don’t enjoy at all.

Two years ago I sat through an afternoon of relentless action from a ridiculous amount of meetings and said to myself “never again”.

I couldn’t keep up with any of it. I didn't enjoy not being able to focus on a Group 1 contest for more than a couple of minutes before the cameras moved elsewhere, and by 5.30pm felt like a zombie.

You won't find a bigger racing fan than me, but on this day last year I played tennis in the afternoon, forgot about what was happening, and then caught up with all the races via replays on Sunday morning.

Caravaggio may be one of the most exciting horses I have seen in years, but I won’t know if his unbeaten record remains intact until about 18 hours after the July Cup.

It is a ridiculous situation which massively devalues racing’s product and should be changed as soon as possible.

No, Super Saturday should be celebrated not knocked
David Baxter, reporter

For professionals, be it trainers, jockeys, grooms, box drivers or even journalists, Saturday's bonanza of meetings and top-class racing is a logistical nightmare.

But the average racegoer on track is not frantically trying to keep up with the 3.35 at Chester while placing a bet for the 4.00 at Newmarket and checking the result of the 3.15 at Ascot.

Yes, there will be some trying to keep abreast of things, myself included, but the majority will instead enjoy the betting opportunities closest to hand and the atmosphere of being on course on a Saturday in summer.

Nearly six million people went racing in Britain in 2016, and the sport remains the second most popular attended behind football. So why shoot ourselves in the foot and try to cut down on the options available? Football embraces Super Sundays, and has done so for years.

That is not to say some minor restructuring would not be a good thing. The July Cup, John Smith's Cup, Summer Mile and Irish Oaks are all vying for attention on one day, which seems shortsighted.

Moving York's card with the John Smith's Cup to next weekend, when it would could complement Newbury's Super Sprint day, seems logical as it creates a better balance, and gives races more of a chance to receive better promotion as opposed to being crammed in to one day.

But as a concept, Super Saturday should be enjoyed rather than condemned.