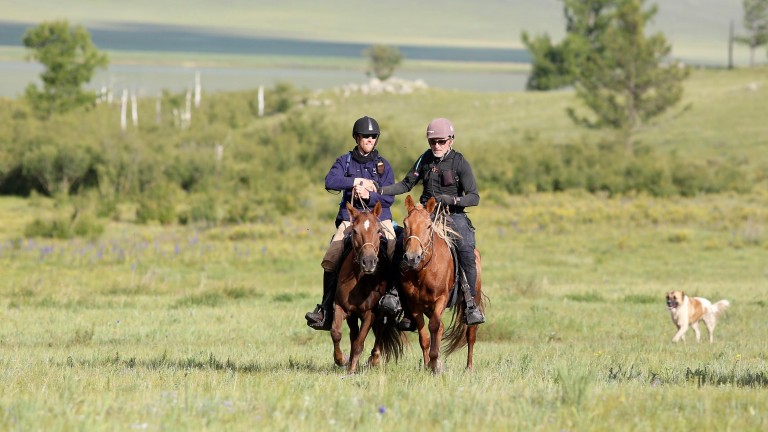 Racing's connection to the 2017 Mongol Derby came to an end when Clare Salmon, who recently took part in Glorious Goodwood's Magnolia Cup, abandoned the contest.

The world's longest and toughest horserace has once again left its mark on a number of those who set out, with retirees having posted reasons including fractured ribs, cracked ribs, hypothermia and dehydration.

Thankfully, nobody succumbed to the plague carried by some of the local marmots, whose meat is sometimes consumed during the Mongol Derby.

The 53-year-old Salmon had expressed concerns about the marmot meat before facing the starter – in Mongolia not Goodwood – but was instead forced to wave the white flag due to an injured ankle.

As an example of spousal devotion, Salmon's husband, Neil Goldie-Scott, also called off his attempt to complete the 1,000-kilometre test of endurance.

Armitage was also first past the post in 2012 but later thwarted by a vet penalty.

The two winners crossed the finish line together in what organisers described as "stinking hot conditions".

Prominent racing and bloodstock figure David Redvers was among those to complete last year's Mongol Derby.

Sheikh Fahad has to quit 'wonderful' but gruelling race