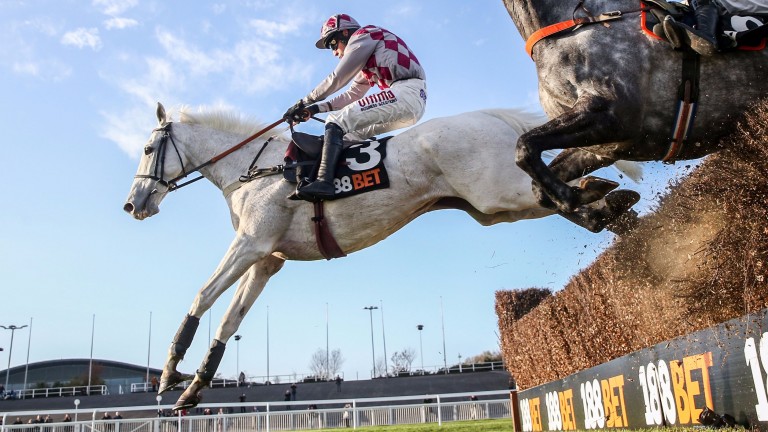 Smad Place, who gave Alan King one of his greatest moments as a trainer when landing the Hennessy Gold Cup in 2015, has been retired.

A setback means the Gold Cup and Ryanair Chase entry, now 11, will miss the Cheltenham Festival for the first time since he was old enough to run there in 2011. 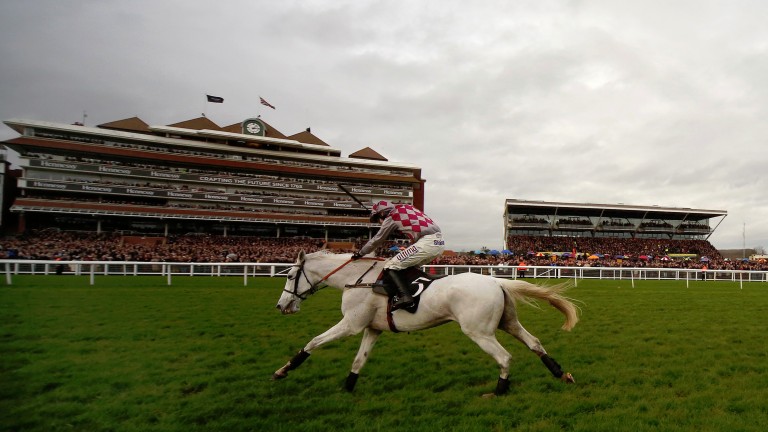 Smad Place runs away with the Hennessy in 2015
Alan Crowhurst

"It's not too serious but it's enough to stop me. I've spoken to [owners] Peter and Trish Andrews and we've retired him. It could have been worse, it could have happened earlier in his career and this was always going to be his last season."

King added: "He'll go back to Peter and Trish and I'm sure he'll have a wonderful retirement."

Smad Place joined King from France as a three-year-old in 2010 and won three times over hurdles before establishing himself as a high-class, bold-jumping front-running chaser.

The grey ran his rivals into the ground in the Hennessy at Newbury in 2015, leading from halfway under Wayne Hutchinson and scoring by 12 lengths.

He also won the Cotswold Chase at Cheltenham later that season and ran at the festival every year from 2011 to 2017, notably finishing third in the Stayers' Hurdle in 2012 and 2013, and second in the RSA Chase in 2014. 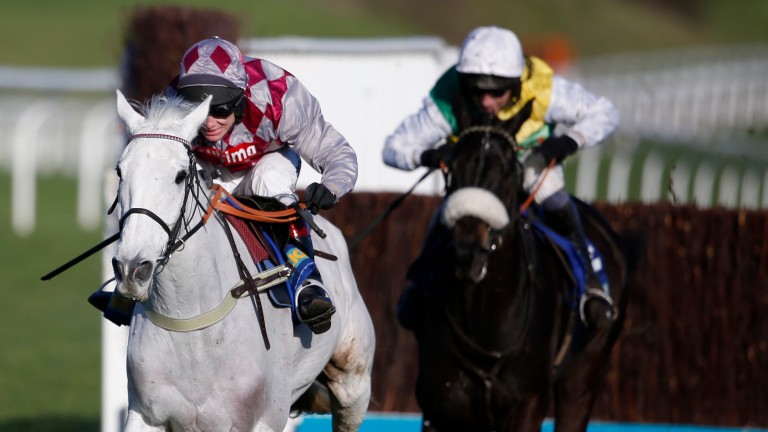 Smad Place, whose best effort from three cracks at the Gold Cup was sixth place in 2016, gained his final victory in the Old Roan Chase at Aintree last October.

"Barbury won't be the same without him and it will be the first time he hasn't gone to Cheltenham for eight years," said King.

"He's been a wonderful horse for us and there are so many magnificent memories. The Hennessy has to be top of the pile, it's one of the iconic races of the season, at our local course, and to win it was very exciting."

Smad Place won nine of his 37 races and earned just £6,000 short of half a million in prize-money.

Hennessy Gold Cup, Newbury. November 28, 2015
Smad Place had finished only fifth in the race 12 months earlier and had 11st 4lb to carry but he won in fine style under a tremendously attacking ride from Wayne Hutchinson. Sent to the front from halfway, he ran his rivals into the ground for a 12-length win. Landing the biggest race at his local track meant a huge amount to trainer Alan King.

Cotswold Chase, Cheltenham. January 30, 2016
With Hutchinson sidelined by injury, Richard Johnson took the reins on Smad Place in one of the most important Gold Cup trials and the new team did the job in fine style. Jumping really well and in front from the off, he found plenty in the straight to see off Many Clouds by 12 lengths. "I was blown away when he won the Hennessy and I am slightly blown away again today," said King, who also won with Annacotty and Yanworth on a memorable afternoon.

Monet's Garden Old Roan Chase, Aintree. October 29, 2017
Smad Place had gone 21 months without a win when reappearing at Aintree last October but he had been eased slightly in the weights and took full advantage in one of the first significant handicap chases of this season, jumping as well as ever, leading from three out and holding on gamely to score by three-quarters of a length from Cloudy Dream – a smart northern chaser who was receiving 4lb.

Story of the horse: Smad Place's career in the words of those closest to him

FIRST PUBLISHED 10:43AM, JAN 31 2018
It could have been worse, it could have happened earlier in his career and this was always going to be his last season