Henderson rules out Grand National hope Whisper for the season 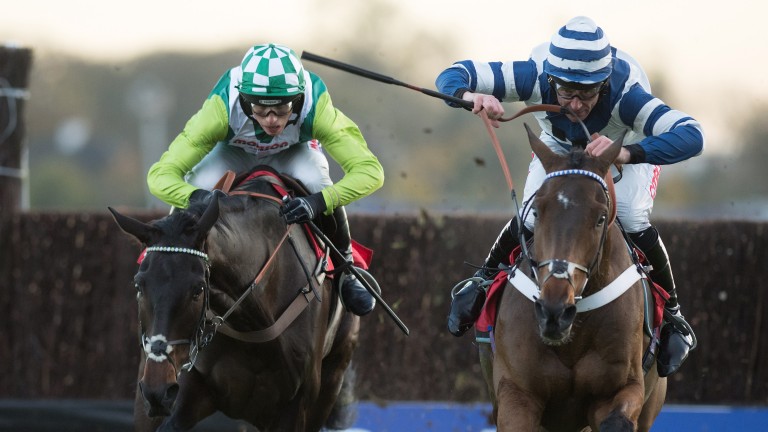 Whisper, who was being lined up for a shot at the Randox Health Grand National in April, has been ruled out for the season by trainer Nicky Henderson.

Twice a winner of the Grade 1 Silver Cross Stayers' Hurdle, the ten-year-old was being prepared for a return to Aintree for the biggest race of all – for which he was a 33-1 chance – but did not feature in the National entries revealed on Wednesday.

Later in the day, Henderson reported on his Unibet blog: "Whisper was not given an entry in the Grand National as an issue reared its ugly head over the weekend.

"Following veterinary investigations, and after discussions with his owner Dai Walters, it was decided we cannot continue training him for the remainder of the season, so consequently he's out of Aintree and for the season."

In his second full season as a chaser Whisper, who finished second in last season's RSA Chase, went down by a neck to Total Recall in the Ladbrokes Trophy before coming home a disappointing fifth in the King George last time.

Henderson has three potential alternatives in Gold Present, O O Seven and Vyta Du Roc, although the trainer warned Vyta Du Roc faces a race against time for Aintree after suffering a bout of colic. 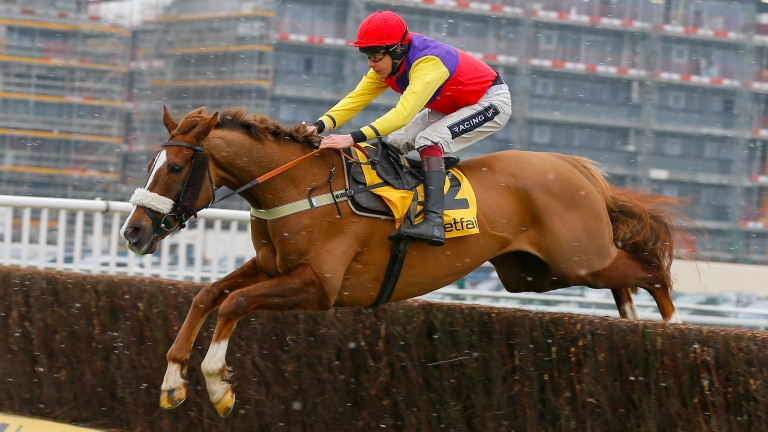 The Colin Tizzard-trained stayer had been a 20-1 chance but Garth and Anne Broom, who run their horses under the banner Brocade Racing, decided against a National bid.

"The owners didn't what to do it – it's all about the Gold Cup this year," said Tizzard's son and assistant Joe. "Dad and I tried to say we're keen, but it's their choice and there are lots of other options and he'll be running in the Bowl there [at Aintree].

"We're very keen to get one run into him before the Gold Cup and he's well on course to come back at Newbury [in the Betfair Denman Chase on Saturday week]. We've saved him for a spring campaign and he's in lovely form."

The Tizzard camp could rely on The Dutchman, Sizing Codelco and Third Intention in the Aintree showpiece.

"The Dutchman certainly jumps out from ours and we think he has Grand National written all over him," added Tizzard.

"He enjoyed being right up in there in the Peter Marsh when jumping and galloping them into the ground and he's going back to Haydock for the Grand National Trial in three weeks' time. He came to us with a good reputation and his first hurdle run at Haydock [second behind Sam Spinner] has turned out well."

There were a total of 40 entries from Ireland, including 11 possibles from Michael O'Leary's Gigginstown House Stud.

Last year O'Leary pulled out three of his higher-rated horses – including then-favourite Don Poli – after becoming embroiled in a row over the weights issued to Irish-based horses.

At the time he called on the BHA's head of handicapping Phil Smith, who will frame the handicap for the National for the final time before retirement, to explain his policy so Gigginstown "won't waste time entering good horses".

The National weights will be unveiled on February 13 during an evening ceremony at Bafta headquarters in London.