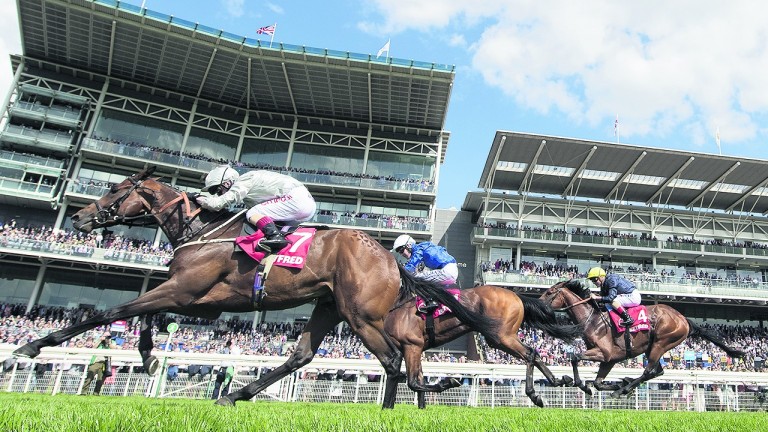 Permian was denied a first Group 1 victory in the Juddmonte Grand Prix de Paris at Saint-Cloud as Shakeel collared him in the final stride under Christophe Soumillon for Alain de Royer-Dupre.

Nobody in the Aga Khan's camp dared believe that Shakeel had put his head down at the right moment, while Mark Johnston was still scarcely able to believe that Permian had been denied even 15 minutes after the race.

"Looking at the photo there is no doubt but watching it live and, even now watching the race back, you think he's won," said Johnston, whose charge had been supplemented at a cost of €43,200 earlier in the week.

"His head is in front before and after the line but he's just lifted his head at the wrong time. It's a hard way to lose a Group 1 but it shows that we're campaigning him in the right races and his time will come."

Johnston may be looking even further afield for Permian's next assignment, with Chicago's lucrative Arlington Million card under consideration.

"There is no hurry to decide," said Johnston. "There is the Grade 1 Secretariat Stakes. He is in that and it's certainly a possibility. We wouldn't mind taking the winner on again."

For the winning connections Shakeel's success came less than a fortnight after Zarak won the Grand Prix de Saint-Cloud and trainer Alain de Royer-Dupre will have plenty of thinking to do over the summer before the Qatar Prix de l'Arc de Triomphe plans become clear.

"It's not easy to say what we will do with the two of them now, we will have to see how they come out of it," said Royer-Dupre. "It is a great pleasure because for a while I didn't know whether there was a Group 1 three-year-old in the yard this year.

"He was a bit disappointing to begin with but he is a very supple horse with a magnificent action. Today the race was run at a decent pace which was a real advantage for him and he really showed his class. Previously he hasn't had that pace to run at but he was always in a good spot and the jockey, as always, was excellent." 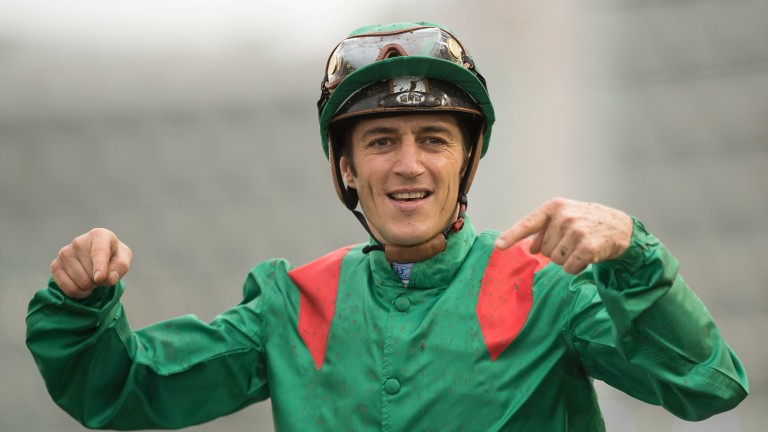 "The advantage is that he has a big head and a long neck!" Soumillon said of Shakeel. "The other day he pulled himself up in front and I didn't want to hit the front too soon. He really picked up well at the end and fought hard."

Venice Beach fared the best of the Aidan O'Brien trio in third, with Seamie Heffernan reporting: "Soumillon arrived on my inside with loads of horse and was away but it was a good run by mine."