The BHA on Thursday admitted there had been an "unacceptable" lapse which led to a second embarrassing case of mistaken identity within six months after it emerged that two horses in the care of trainer Ivan Furtado ran in the wrong races at Southwell this month.

Furtado will face a disciplinary inquiry in London on Thursday next week after being charged over the running of African Trader and Scribner Creek in handicaps at Southwell on January 14.

The mix-up follows a similar incident last July when Millie's Kiss was mistakenly saddled instead of juvenile stablemate Mandarin Princess by trainer Charlie McBride and went on to beat her year-younger rivals in a race at Yarmouth.

In the wake of that case the BHA introduced an additional identity check in which runners, who were already scanned on arrival at racecourse stables, are scanned again before each race.

These procedures were carried out at Southwell but the BHA staff on duty failed to interpret the information correctly, first when African Trader was scanned and then when he was dope tested. It was only picked up the following day when a discrepancy was discovered during analysis of the sample.

The BHA said in a statement: "This is the second time in six months where there has been an incident in which an incorrect horse has competed in a race. This is simply unacceptable; it affects the betting public, bookmakers and other participants and risks undermining confidence in the integrity of the sport.

"The fact the horses were not correctly identified on the racecourse was as a result of human error and not a technological fault. Where appropriate, steps are being taken internally to address the performance-related issues that arise from these errors." 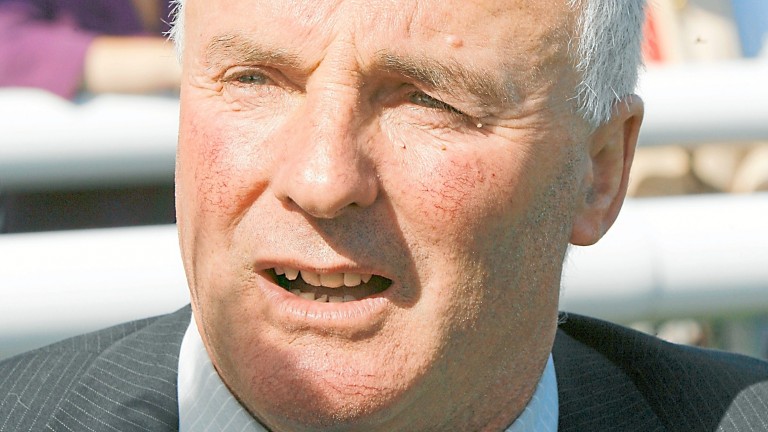 Charlie McBride: fined £1,500 for running the wrong horse at Yarmouth in July
Mark Cranham
African Trader and Scribner Creek, who finished third, face disqualification from the two races and Furtado a probable fine for failing to ensure the horses he declared ran in the correct races.

The horses, both five-year-old geldings, were having their first start for Furtado, who trains near Doncaster.

He said: "We got seven horses from the same yard that came at the same time. They were identified and the names put on the doors but I think in those first days somehow they must have gone to the walker or to exercise and came back to the wrong box and we treated them as the wrong horse ever since. They are pretty similar, though one has a bit of white on his head.

"When I watched the replays and I realised, I said, 'That can't be possible' because someone should spot it on the racecourse, but that obviously didn't happen. They were having their first run for me and it is one of those unfortunate things. I put my hands up straight away, I sent the wrong horse to the racecourse. I'll just have to see what happens, learn from it and go forward."

The BHA accepted it also bore some responsibility, having introduced additional identification measures to prevent a recurrence of the Yarmouth incident for which McBride was fined £1,500.

"Clearly this was not sufficient to prevent the issue occurring again, hence the importance of this further action," said the regulator, which pledged to upgrade the technology of the scanning device so that horses scanned before every race match the names on the racecard. In the event of a mix-up, an alert would be sounded.

The BHA said: "It is the responsibility of the trainer under the rules of racing to ensure the correct horses run in the correct race. This is why the BHA has taken steps to charge the trainer and put this matter in front of an independent disciplinary panel to determine what, if any, action should be taken.

"The BHA’s position before the panel will be that the horses’ identities had been accidentally confused prior to arrival at the racecourse and there was no deliberate attempt to conceal their identities.

"However, the BHA has overall responsibility for the running of a raceday, and what is clearly of greatest concern in this case is the question of why this happened, how it was allowed to happen and what can be done to ensure that it does not happen again.

"The fact that the horses were not correctly identified on the racecourse was as a result of human error and not a technological fault. Where appropriate, steps are being taken internally to address the performance-related issues that arise from these errors."

Enhancements to the identification process could be rolled out in March by which time the BHA will have also considered whether to extend scanning to all placed horses.

"The priority now is to ensure the BHA takes whatever steps are appropriate and necessary to ensure that this issue does not occur again. It is vital that the public’s trust in racing as a fair, well-regulated sport, which is run with the highest standards of professionalism and integrity, is not impacted by similar incidents."

McBride: I'll use my winnings from bet on wrong horse to pay fine

FIRST PUBLISHED 6:41PM, NOV 10 2020
This is simply unacceptable; it affects the betting public, bookmakers and risks undermining confidence in the integrity of the sport