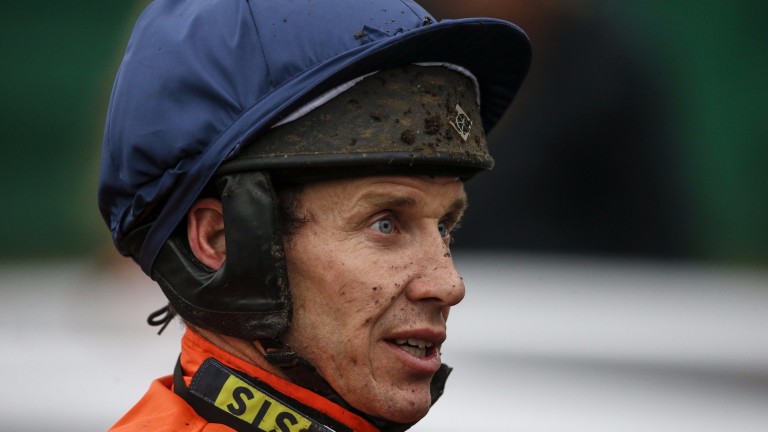 Richard Johnson: not amused by the decision to schedule a jumps meeting at Ayr during the jockeys' break
Alan Crowhurst
1 of 1
By Mark Storey UPDATED 12:22PM, APR 18 2018

In an embarrassing about-turn, the BHA on Tuesday bowed to pressure and scrapped plans for a jumps fixture during the forthcoming six-day break from jump racing.

The climbdown came after the BHA faced scorn from racing professionals for rescheduling the jumps fixture at Ayr, prompting an apology to the Professional Jockeys Association.

With Ayr's Flat course out of action, the first fixture of its two-day meeting starting on Monday, April 30 was transformed into a jumps card, two days into a six-day break after Saturday week's finale meeting at Sandown.

But the weight of the anger forced the BHA into a rethink, and on Tuesday afternoon it announced the Ayr jumps fixture would now go ahead a week later, Monday May 7.

Champion jockey Richard Johnson had led the chorus of disapproval, tweeting: "Quite amazed to see the @BHAPressOffice have an extra jumps meeting on @ayrracecourse on 30th April! During our so called break between seasons! VERY DISAPPOINTING! When asked @BHAPressOffice said they FORGOT."

It is understood the BHA has received numerous calls demanding additional jumps fixtures in the north following the prolonged spell of cold and wet weather, but having organised the fixture list to again include a six-day break after Sandown they then erroneously overlooked the break in agreeing to the switch with Ayr.

A statement issued from the BHA on Tuesday read: "The BHA has apologised to the PJA regarding this issue. A lot of work was done last year regarding the introduction and extension of this break for jump jockeys and in an ideal world a fixture would not have been scheduled for this slot.

"Participant wellbeing – including both jockeys and stable staff – continues to be a core consideration in the development of the fixture list.

"However there has been significant disruption to the jumps season this year, particularly in the north, and a lot of requests have been received from participants to programme additional fixtures in the region.

"These requests were acted upon, but in doing so it was not recognised that the additional fixture was programmed during the jumps break."

Farce over rearranged @ayrracecourse fixtures gets worse. April 30 Flat meeting has been turned into a Jumps meeting - during what was supposed to be a week's break for National Hunt. The BHA "forgot". Unbelievable! pic.twitter.com/zaLF2XeDxD

But after a re-think the BHA opted to scrap its original plan, announcing the rescheduled meeting would now fall on May 7, after the end of the jumps break.

In a statement on Tuesday afternoon, Paul Johnson, Head of Racing at the BHA, said: “Although the fixture should not have been programmed during the break, we have acted as quickly as we can to redress it and hopefully the transfer of Ayr's Jump fixture to Monday, May 7 allows jump jockeys to take their well-earned break.”

The April 30 slot will be offered out to other northern courses as a Flat fixture.

The second day of Ayr's meeting, on Tuesday, May 1, will remain as a Flat fixture and be held at Newcastle.

Conor O'Farrell, who has a holiday booked in Ibiza with fellow riders during the break, said before news of the U-turn: "It just seems like a blatant disregard for jockeys.

The PJA have worked so hard for us to get set breaks so we can get away for a bit and have some downtime. Every sportsman needs it.

“There's been no consultation. The BHA have just decided, and not considered the effect of having the meeting on that day."

Trainer Donald McCain felt the fiasco highlighted a wider issue and called for a month-long break from jumps racing.

He said: "What we get isn't a break anyway. For me sticking a week off at the end of the season then starting again is of no benefit to anyone, apart from jockeys possibly. If there's racing there we'll go, we've got horses to run.

"We should have a proper summer break with a month off. I'm not on about anyone losing meetings, just have them pushed forwards and backwards to allow everyone to regroup and go again. Having a 12-month season for the National Hunt industry is very unhealthy.”

Ayr clerk of the course Graeme Anderson said: "Following the abandonment of the Ayr Gold Cup, extensive drainage work was undertaken on the Flat track and the ground was subsequently reinstated and reseeded.

"However, due to an exceptionally cold and wet winter and spring, the anticipated growth did not materialise and as a result the track will not be fully raceable for the two-day meeting on April 30 and May 1.

"As done previously, a move to the hurdles track for a Flat fixture could not be considered so soon after the Scottish Grand National fixture." 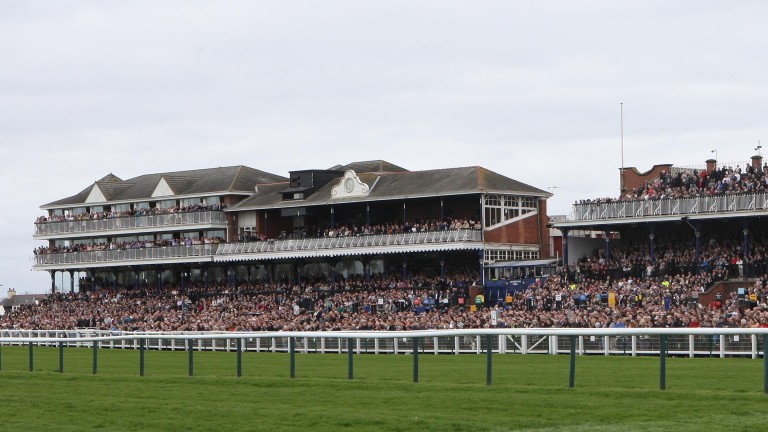 This time last year, Anderson was preparing for his first meeting in his role as Ayr clerk. He has endured a testing year but is confident the weather has turned just in time for the Scottish Grand National meeting which starts on Friday, with spring finally arriving this week.

"The ground is soft, good to soft in places," he said. "From here it's pretty much a dry week, sunny and 18C. We dry pretty quickly so, if the forecast is right, hopefully by the weekend we'll be heading towards good to soft or good.

"The track's looking well. We've got some nice saved ground for Saturday's meeting."

FIRST PUBLISHED 1:14PM, APR 17 2018
The BHA has apologised to the PJA regarding this issue