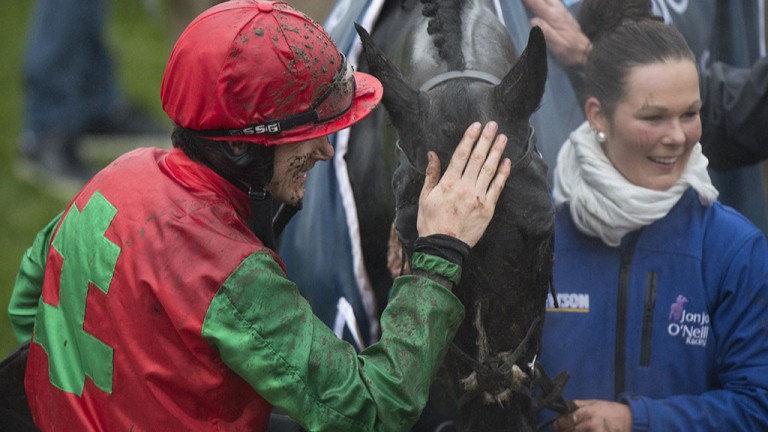 Taquin Du Seuil, a stalwart of the Jonjo O'Neill yard and a two-time Grade 1 winner, has suffered fatal injuries in a fall three out at Huntingdon.

The popular 11-year-old was running in a Pertemps Qualifier and, having been prominent three out, he took a heavy fall under Aidan Coleman and suffered fatal injuries.

The Martin Broughton-owned gelding was perhaps best known for his exploits at Cheltenham, where he won the JLT at the 2014 Cheltenham Festival and the BetVictor Gold Cup in 2016, which was the last of his nine victories in Britain. He had been second to Supasundae in last year's Coral Cup.

He also won the 2012 Challow Hurdle at Newbury and two Grade 2s in a career that earned connections a little over a quarter of a million pounds.

Desperately sad that we lost Taquin Du Seuil today. He was such a star giving his all and giving us so many great days. My thoughts are with Sir Martin and Jocelyn Broughton and friends and to all of our team who loved him so much.

Broughton told the Racing Post: "He gave us our first Grade 1 and our first Cheltenham Festival winner and then came home in the BetVictor. He was the best-looking horse we ever had, a Rolls Royce of a horse and you don't get them very often.

"I think the JLT was the highlight, they don't come much better than that. He was a star right from the start."

He added: "He was very proud of himself but he could be quite grumpy in his box. He had a lot character."

Coleman took a heavy fall in the incident but was fit enough to take up his ride on the Harry Whittington-trainer Anemoi in the bumper on the card.

FIRST PUBLISHED 4:14PM, JAN 26 2018
He gave us our first Grade 1 and our first Cheltenham Festival winner and then came home in the BetVictor