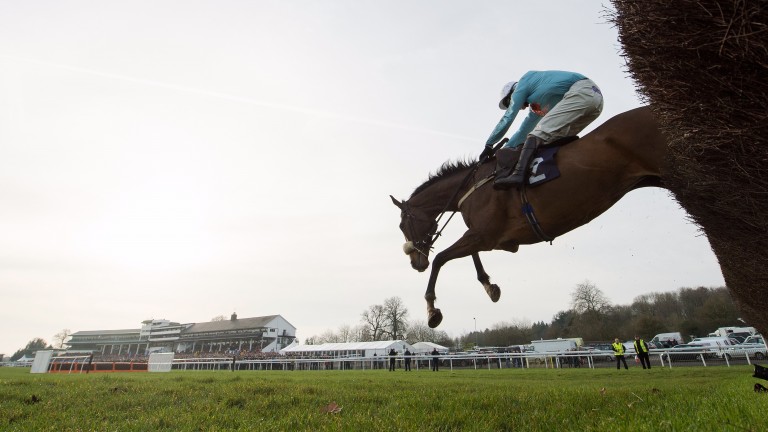 The storm that buffeted large parts of Britain on Wednesday has been described as a help rather than a hindrance to the prospects of Chepstow staging its rescheduled Coral Welsh Grand National meeting on Saturday.

Strong winds on a dry day brought about an improvement in ground conditions, although clerk of the Keith Ottesen left the description as heavy and also revealed two fences would be omitted on the chase course.

Speaking on Wednesday afternoon, he said: "We had 14mm of rain yesterday but the course was still raceable this morning and the storm has actually been a benefit.

"It's been dry and very breezy and you could almost improve the ground, except it's going to rain again overnight and on Friday morning.

"Large quantities aren't forecast and we should get enough breaks in the weather. If the outlook is right we'd be very confident of racing."

Ottesen said there was no need for an inspection to be arranged at this stage but did reveal changes to the course would be necessary.

"We're going to leave a couple of fences out – the fourth in the back straight and third in the home straight [three out] – as those areas of the course aren't going to recover in time," he said.

No concern at Sandown

Clerk of the course Andrew Cooper, who left the going as soft, heavy in places on the chase course and heavy, soft in places on the hurdles track on Wednesday, said: "We've had an interesting 24 hours with a fair bit of rain totalling 10mm and then some terrifically strong winds.

"The wind has dried what fell to some degree and today it walked slightly more holding and didn't feel as wet as it did yesterday.

"The outlook remains unsettled and temperatures are set to drop approaching Saturday, but we're not seeing anything in the forecasts to cause undue concern."

Lingfield's jumps meeting on Friday was cancelled on Wednesday, with the track waterlogged and further rain forecast.

At the same day's fixture at Wetherby, small amounts of standing water were reported on the chase course, with an overall description of heavy, soft in places.

There will be an inspection at the West Yorkshire track at 8.15am on raceday morning with further rainfall expected on Thursday.

The ground was described as heavy at Bangor for Thursday's only jumps card, while similar conditions have been reported at Wincanton for its Saturday meeting.

FIRST PUBLISHED 6:17PM, JAN 3 2018
It has been dry and very breezy and you could almost improve the ground