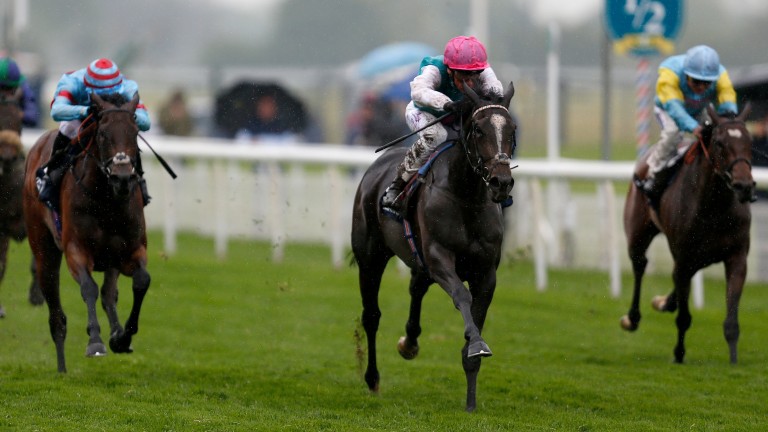 Group 3-winning filly Shutter Speed has left John Gosden's Newmarket stable to continue her career in the US.

The daughter of Dansili was fancied for the Oaks in the spring after accounting for her subsequent multiple Group 1-winning stablemate Enable in a conditions event at Newbury in April, the only defeat in the Arc-winning heroine's career.

Shutter Speed then achieved her most prestigious success to date when accounting for Vintage Folly in the Group 3 Musidora Stakes at York in May before finishing a close fourth – beaten just a length and a half – from a wide draw behind Senga in the French Oaks the following month.

Khalid Abdullah's filly appeared just once more after that when set a tough task in the Group 1 Juddmonte International at York in August when she finished sixth of the seven runners behind Ulysses.

At the outset of the year, connections had considered Shutter Speed to be at the top of the pecking order among the Clarehaven fillies and it is hoped the US style of racing will enable her to realise her full potential in 2018.

Teddy Grimthorpe, racing manager to Khalid Abdullah, said: "Shutter Speed has gone to the US where she's having a break at one of our farms before we decide where she will go back in to training. It makes sense as Dansili's seem to do well over there and there are more opportunities for older fillies.

"She should be suited by the style of racing in the US, which is mainly on fast ground and around bends and it's just a question of balancing these fillies out."

FIRST PUBLISHED 12:20PM, DEC 21 2017
She should be suited by the style of racing in the US which is mainly on fast ground and around bends

'Two metres! Everybody, two metres!' How racing is adapting to a different world Royal Ascot calling for smart filly Nazeef after Snowdrop success Get off to a flying start with Battaash - Rod Street selects his Ten To Follow 'All I wanted to do was finish my day, get in the shower and punch the wall' Classy Japan all set for big campaign - Mark Boylan selects his Ten To Follow Oaks mover Frankly Darling lights up Britain's first fixture after shutdown