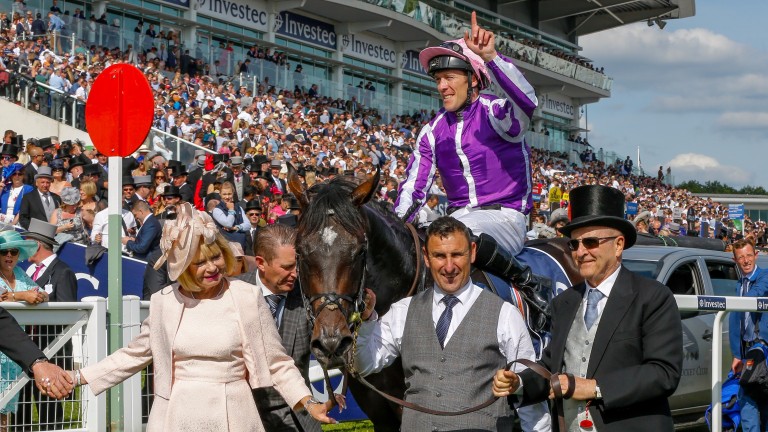 Padraig Beggy and Wings Of Eagles after their Derby triumph
Mark Cranham
1 of 1
By Tony O'Hehir 7:23PM, JUL 2 2017

Less than 24 hours after finishing third in the Irish equivalent, last month's Investec Derby hero Wings Of Eagles has been retired after it emerged that Aidan O'Brien's Pour Moi colt suffered a career-ending injury at the Curragh.

Wings Of Eagles caused one the biggest shocks in the world's premier Classic when swooping late to collar his more fancied stablemate Cliffs Of Moher at odds of 40-1. In the process, he thrust his rider Padraig Beggy from relative obscurity into the limelight on the biggest stage of all.

However, the fairytale has now run its course, with O'Brien confirming that Wings Of Eagles has suffered a fracture to his near-fore sesamoid joint.

O'Brien said: "It's shocking news. Wings Of Eagles has suffered a bad fracture to his near-fore sesamoid and has been retired. He will have a pin inserted in his leg but, unfortunately, his racing career is over.

"He was obviously a very good colt. He showed that at Epsom and again in the Irish Derby. It was a really brave effort in the circumstances as the injury obviously happened at some stage of the race.

"He was top class and as well as having stamina he could quicken very well. Not being able to race him again is a big loss."

Wings Of Eagles, under Ryan Moore, was beaten a neck and short head by Capri and Cracksman in the Dubai Duty Free Irish Derby on Saturday.

In five starts prior to Epsom, he had just a Killarney maiden win to his name as a juvenile. 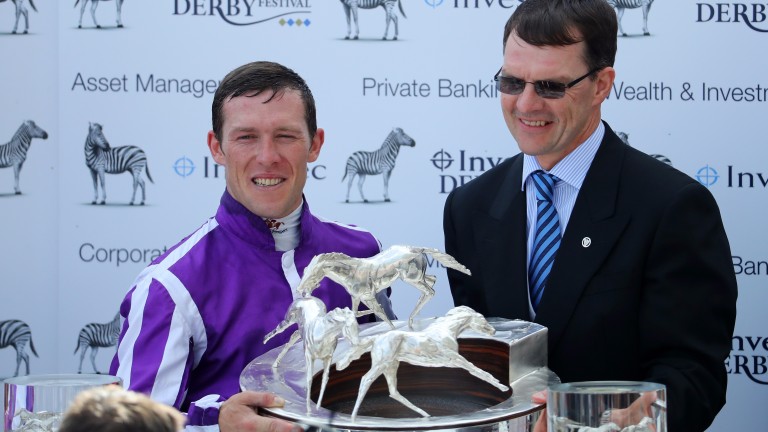 He warmed up for the Derby by chasing home Venice Beach in the Chester Vase, but outran that modest profile at Epsom when coming from the rear of the field to sweep to the front wide and late.

In denying Cliffs Of Moher by three parts of a length, he left many onlookers bemused, including some of those closest to him.

For Beggy, it constituted a glorious highlight to a low-key career. The 31-year-old Co Meath native had spent time in Australia, but returned from there after testing positive for cocaine in 2014, for which he served a 15-month suspension.

He has since joined the team at Ballydoyle, but had just eight rides in 2017 before getting the leg up on Wings Of Eagles at Epsom.

Despite having ridden only one winner in each of the last three years prior to that, Beggy seized his opportunity in thrilling fashion, conjuring a timely run out of his seemingly unconsidered mount to foil Cliffs Of Moher.

Speaking on Sunday, Beggy said: "I'll certainly never forget Wings Of Eagles. He was a lovely colt and it's a terrible pity he's not going to be able to fulfil his full potential.

"It says a lot for his guts and determination that he was able to run the race he did yesterday. Hopefully, he will go on and enjoy his life at stud."

O'Brien's sixth winner of the race, Wings Of Eagles was the stable's fourth in six years.

From the archives: Wings Of Eagles swoops late to spring huge suprise in Derby

WHAT IS THE SESAMOID BONE?

The sesamoid bone sits at the back of the fetlock joint and anchors the suspensory ligament, thus allowing a horse's foot and fetlock to move properly. Sesamoid injuries can be difficult to repair given its location on the leg. Injuries related to these bones often take place when a horse is travelling at high speeds. 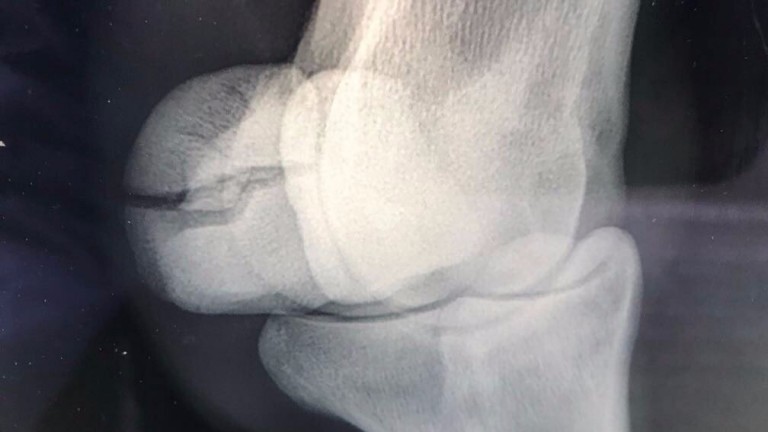 Wings Of Eagles: an x-ray of the Derby winner's injury
When a horse is at full stretch, the fetlock can extend to the point where the sesamoid bones make contact with the ground. If the pressure is too great, the bones can shatter and, in some instances, the injuries sustained can be fatal.

The sesamoid bones are a vital component of a horse's limb. Along with the cannon bone and the long pastern, they make up the fetlock joint.

FIRST PUBLISHED 12:52PM, JUL 2 2017
It's shocking news. Wings Of Eagles has suffered a bad fracture to his near-fore sesamoid and has been retired