Deer, oh deer - intruders leap across the track in the opener at Newcastle 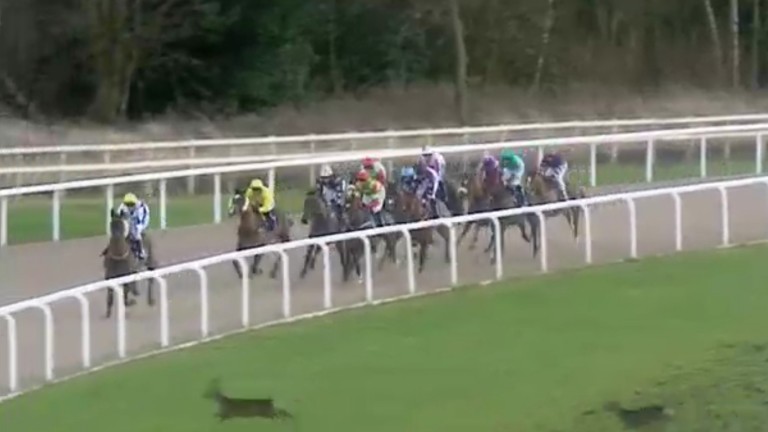 Jockey Barry McHugh got quite a shock in the opening race at Newcastle on Wednesday when two deer ran across his path.

He was leading the 1m4f handicap on Luv U Whatever as the field approached the home turn with around half a mile to travel when the incident happened. 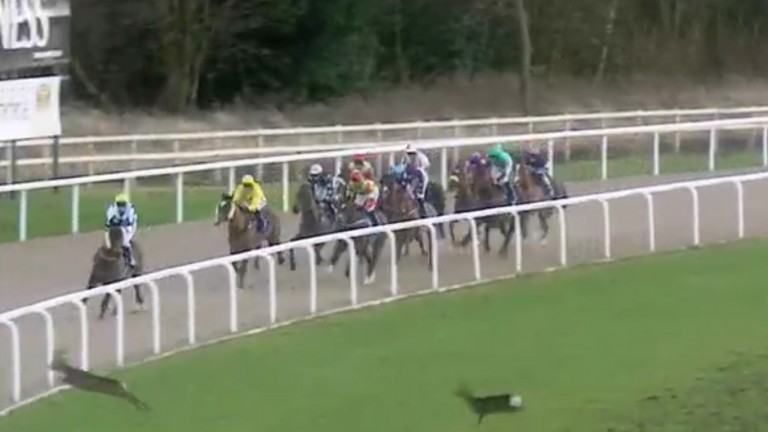 The first deer is about to dart under the rails at Newcastle
Two deer bounded across the infield, under the running rail and then in front of the field.

Fortunately they were several lengths clear of Luv U Whatever and did not interfere with the race. The deer appeared to sprint off into the outfield while McHugh's mount went on to finish second to Desert Ruler. 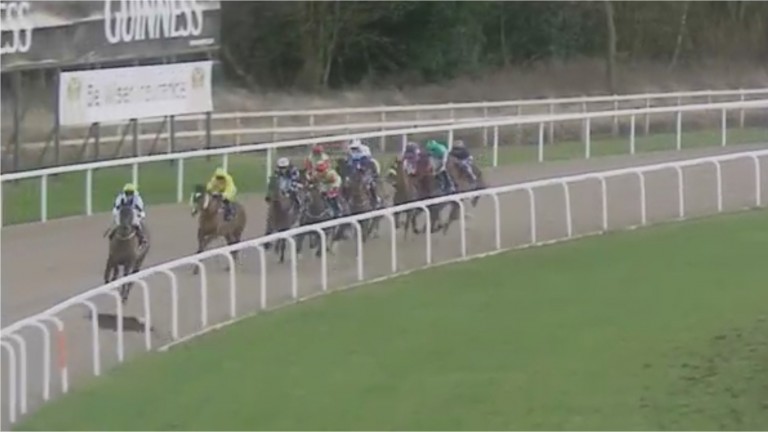 McHugh said: "The horse spotted them before I did. He pricked his lugs and the next thing I knew I saw this brown thing come out of nowhere. Then the second one followed it out.

"Luckily they were maybe a length or two in front of us. It was just one of those things but it could have been nasty.

"I've seen the odd pheasant or other birds on the track but nothing like that."

Clerk of the course James Armstrong said: "I don't recollect this happening before. We have deer on the estate, which is just under 800 acres; we do know there is wildlife about.

"It's rare to see deer frequenting the centre of the track at this time  as there have been golfers playing all day, you normally expect to see them moving just after dark.

"We've spotters in place three and a half furlongs out, on the inside of the course, and they shush them in opposite directions, but they are wild animals and when they are sat tight in the middle it's hard to spot them."

An inquiry was held and, having heard from Armstrong and McHugh, stewards were satisfied the course was taking all reasonable measures to prevent such an incident. The course advised it will review current procedures.

View the video of the race here

FIRST PUBLISHED 5:19PM, JAN 31 2018
It's rare to see deer frequenting the centre of the track at this time, you normally expect to see them moving just after dark

All-weather bonanza on Tuesday with 226 runners at Kempton and Newcastle Return of racing: three horses to note at Newcastle on Monday Punting dos and don'ts for when British racing resumes next week Five horses who can sparkle on racing's first day back at Newcastle on Monday Everything you need to know as racing prepares to resume on Monday Newcastle to host ten-race card on Monday following 120 declarations for return