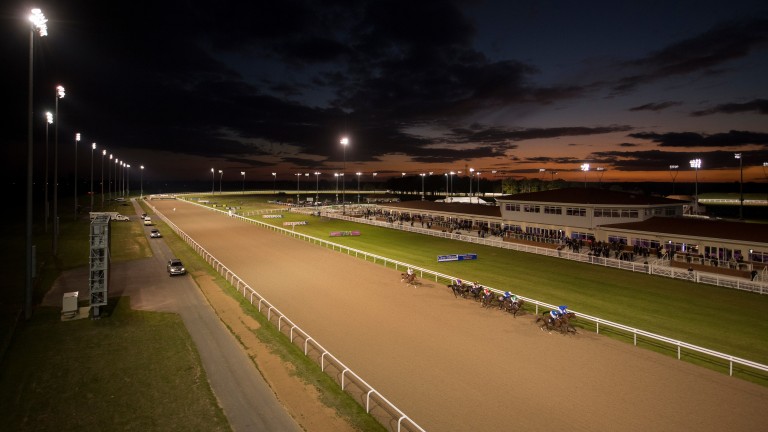 Chelmsford: will switch from At The Races to Racing UK
Edward Whitaker
1 of 1
By Richard Forristal UPDATED 12:33PM, FEB 8 2018

Racing UK will not create a second channel to cater for Irish racing but it will be rebranded before the January 1 launch, it emerged on Tuesday, when it was also revealed Chelmsford is to join RUK's roster.

The Association of Irish Racecourses on Tuesday ratified the deal that will see At The Races lose all its Irish fixtures.

When Horse Racing Ireland and AIR renewed their contract with SIS in March 2016, SIS was for a first time granted the right to sell the pictures to the broadcaster of its choice ahead of the new five-year arrangement kicking in on January 1, 2019.

The Racing Post revealed on Friday that a deal had in effect been done with RUK’s parent company Racecourse Media Group, and, while AIR had it within its power to veto the deal, to do so would have jeopardised its contract with SIS.

"This agreement means for the first time viewers can enjoy the major storylines of both jumps and Flat seasons in Ireland and Britain on one HD channel," said RUK's chief executive Richard Fitzgerald.

"Our 50,000 members and 6,000 pubs and clubs in Britain and Ireland will also enjoy the increasingly popular racing from Chelmsford, which continues to grow in quality and consistently attracts the best horsemen." 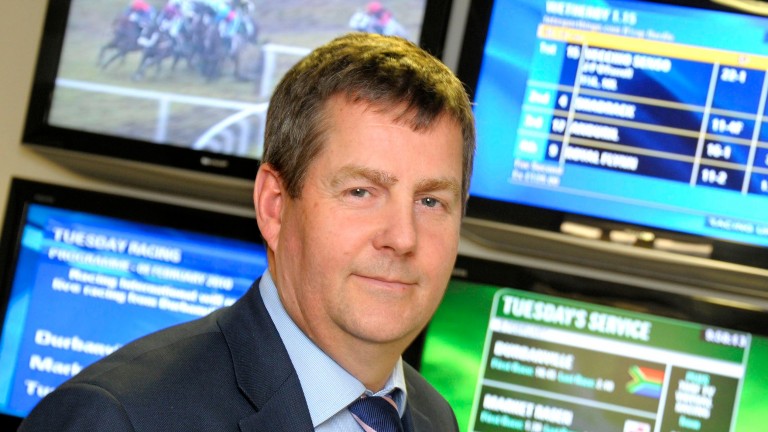 Richard Fitzgerald: "Our 50,000 members and 6,000 pubs and clubs in Britain and Ireland will enjoy the increasingly popular racing from Chelmsford"
RUK

RUK's director of PR Seb Vance, who would not be drawn on speculation that The Racing Channel brand would be resurrected, added further detail.

“We'll rebrand to reflect the importance of Irish racing and will look to recruit the best Irish talent available," he said.

“We already work closely with Ruby Walsh and Donn McClean and will continue to do so. We'll reveal the new talent along with the brand when the time comes.”

Many of the concerns expressed by those with a stake in Irish racing turn on how much the increased volume of fixtures on RUK will compromise its coverage.

The 26 Irish tracks have 363 scheduled fixtures in 2018, with RUK already broadcasting more than 800 fixtures from 37 British tracks, with Chelmsford joining its roster next year.

Vance confirmed the Racing UK Extra option – available on its online platforms – will be extended to Irish venues, meaning a live feed can be accessed from every Irish meeting.

It is not available via satellite television but can be 'cast' or 'mirrored' on smart television sets.

“We'll work closely with everyone on race times,” Vance added of the possible congestion issue. “We do show top-class racing from multiple fixtures on Racing UK at the moment and have an excellent track record in giving the fixtures the coverage they deserve.

“We'll come on air earlier, go off air later, and will have a highlights replay programme every evening.

Tracks that have switched from ATR

Set to switch next year

ATR's strength at its peak

22 racecourses (all British, no Irish)

“If we have to wait half an hour before we show a post-race interview, we'll do that, but we do want to make sure all the previews and fallout are covered extensively.

“We've done a lot of research and analysis and it does fit well with our schedule, especially the Sunday racing, where we are quite light. A lot of work will be done with the fixture lists to ensure there is minimum congestion and clashes on race fixtures and times."

He continued: "Everyone is really excited at Racing UK about being able to work on Irish racing and we’ve got some really good ideas. I’d hate people to think Ireland would not be getting the promotion its excellent and varied racing merits.

“At The Races had seven of our racecourses in their pomp, along with the Irish fixtures. They coped with it on one channel and it wasn’t to the detriment of UK or Irish racing, so it can be done.

“According to our customer research, the optimum number of fixtures for our viewers is three in a session, and there will be only 43 afternoons on which it will be more than three throughout the year.”

Asked about the potential conflict of interest when it comes to schedule clashes as a result of its 37 British racecourses being shareholders in RMG, Vance replied: “Our board, on which racecourses are represented, feels there are strong strategic benefits to having Irish racecourses on Racing UK. We’ll have this amazing bundle of brilliant racing for Ireland and the UK to package together now.

“It makes it more of a definitive, complete racing channel. Obviously there are others benefits as well. We stream the racing for bet-to-view bookmakers and now have this amazing bundle, so we can go to the bookmakers and say we’ve got Irish racing as well and package it all.

“That will be more appealing for the online bookmakers, and we can package it to sell overseas, so there will be really good exposure for both. For example we could sell a ten-race Classics package. For the first time last year, remember, we got the Derby on NBC."

Vance added: “All of us need to make this a success, so we will have cross-promotion and so on, and that will benefit Irish racecourses as well.”

Increased use of split screens has been among the concerns expressed, but Vance insisted RUK use split screens only as a last resort and that pictures will be delivered with less of a delay than is currently the case on ATR.

If you were interested in this you may wish to read . . .

Ryanair boss O'Leary: moving to RUK will be 'very bad' for Irish racing