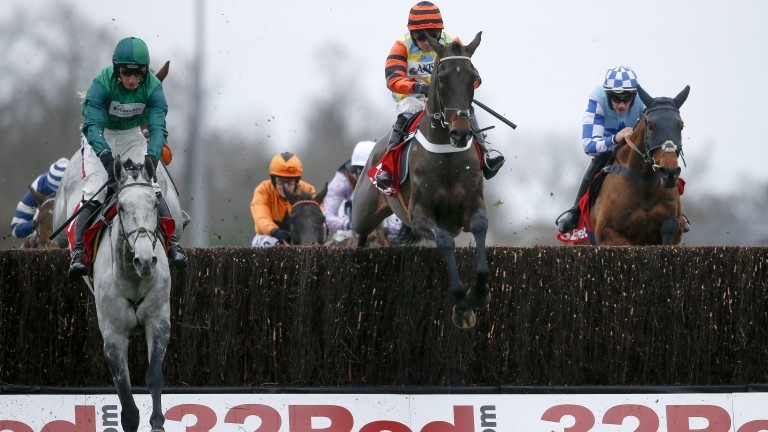 Nigel Twiston-Davies on Wednesday wondered what Bristol De Mai might have produced in the 32Red King George VI Chase had it been run 24 hours later when rain produced more testing conditions at Kempton.

Without an immediate explanation for the 57-length winner of the Betfair Chase finishing sixth of seven, 26 lengths behind Might Bite, the trainer suggested the ground – a mixture of soft and good to soft – could have been a factor.

“Why couldn’t we have raced today?” he said ruefully when conditions were soft, heavy on the lake bend. “He wasn’t at the races, was he? There was either something wrong or he really is ground dependent. There was nothing wrong with him afterwards.”

Bristol De Mai is now a top-price 20-1 for the Gold Cup and could have his warm-up for the big race in the Cotswold Chase on Festival Trials day.

“We’ll have to follow the rain but hopefully he’ll be at Cheltenham at the end of January or Newbury,” Twiston-Davies said. “He’s still a Gold Cup contender. He’s not a handicapper and he’s too slow for the Ryanair.”

Twiston-Davies confirmed The New One, who reached £1 million in prize-money when finishing second for the fourth time in the Unibet Christmas Hurdle, will be aimed at the SunBets Stayers’ Hurdle.

“There’s a millionaire in the family,” he said. “He won’t try three miles before the festival. The plan is Haydock in the Champion Hurdle Trial.

“He’s run over two and a half miles and won at Aintree. I don’t think three miles will make much of a difference. It does seem the easier division.

“He was well thrashed by Buveur D’Air and thrashed by Faugheen before. At long last we accept we’re not quite good enough.

“Last year the stayers’ division looked the hottest, this year perhaps it isn’t, whereas the Champion Hurdle is looking hot. I think that answers the questions for us.”

FIRST PUBLISHED 5:08PM, DEC 27 2017
He wasn't at the races, was he? It was either there was something wrong or he really is ground dependent