Crackdown: BHA axes self-cert ability for 13 trainers after too many non-runners 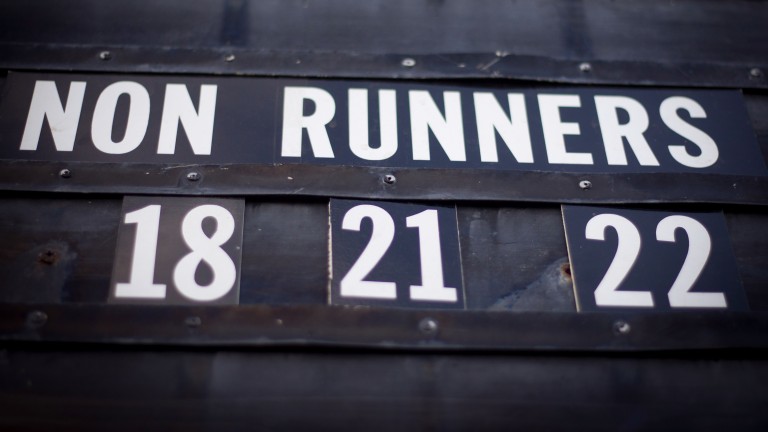 The BHA has informed 13 trainers that they will not be able to self-certify their runners for 12 months after their non-runner rates operated above a set threshold for the last year.

George Baker, Harry Dunlop and Richard Guest are among the 13 who will not be able to issue self-certificates as they all exceeded the 14 per cent threshold which had been set since last April.

In August 2017 trainers were informed they had to ensure their non-runner rates fell below 14 per cent – double the average non-runner rate – but the 13 trainers concerned failed to meet the criterion.

No jump trainers are operating above the current threshold of 12 per cent, which is to be reduced to ten per cent from the end of June.

Commenting on the move, BHA chief operating officer Richard Wayman said: "It is essential that we take these steps to reduce the number of non-runners. They are not good for our sport, its fans or its participants.

"All of the bodies who took part in the recent review agreed that we should do this by targeting those trainers who are consistently generating a high rate of non-runners, rather than putting in place measures that unfairly affect or restrict those trainers who operate within the spirit of the rules.

All the affected trainers have 14 days to query the BHA's data, but it is not a formal appeal process. They will only have the ability to self-certify reinstated if the data is proved to be inaccurate.

FIRST PUBLISHED 1:22PM, APR 4 2018
It is essential that we take these steps to reduce the number of non-runners