Good news for punters as Cheltenham Festival gets 48-hour declarations 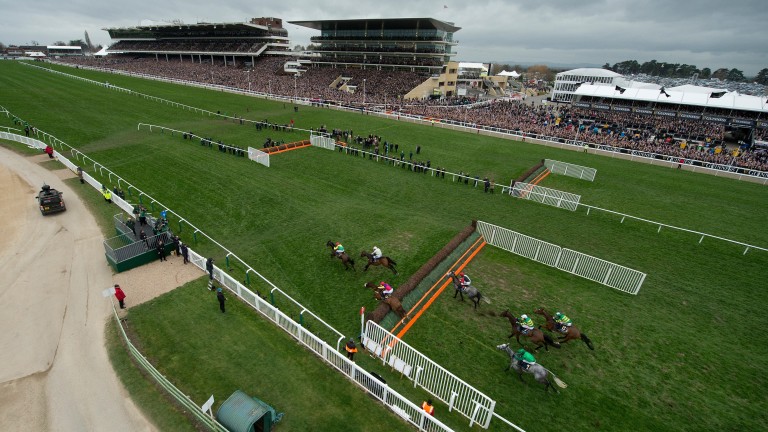 All races at the Cheltenham Festival will now have 48-hour declarations
Edward Whitaker
1 of 1
By Lee Mottershead UPDATED 6:34PM, SEP 12 2017

The Cheltenham Festival can never come soon enough for jump racing fans and from next March the final festival fields will come sooner than ever before after the BHA announced the introduction of 48-hour declarations throughout the sport's biggest meeting, a move greeted with widespread acclaim.

Britain's two leading trainers, Nicky Henderson and Paul Nicholls, both gave their backing to the introduction of 48-hour festival declarations, which had previously been in place only for the fixture's non-novice Grade 1 contests.

"Job done," was the reaction of Nicholls, but Henderson qualified his support by questioning why a reserves system – which will be introduced for all festival handicaps – had been framed with a 1pm eve-of-race cut-off point for introducing new runners, which he claimed would mean many races take place with less than maximum fields.

In an attempt to avoid uncertainty and confusion, horses can in future be declared only for a single festival race, whether subsequently a non-runner or not, unless eliminated from their chosen target or declared as a reserve.

However, the BHA will monitor the extent to which horses are doubly declared in those six crown jewels and keep the concession to trainers and owners under annual review.

Champion trainer Henderson said: "We're going to have to make mega decisions earlier than usual, and we're going to need to adapt to that, but if 48-hour declarations at the festival are good for the game then we'll go forward with it.

"The one thing I do find frustrating is that whereas reserves in Ireland can come in on the day of the race, in Britain we have a cutoff point of 1pm the day before. That means virtually no horses get in as reserves here, but in Ireland lots do.

"As things stand, very few horses are going to be taken out by 1pm. If a horse seems 'crocked' you're going to wait until the following morning in the hope it becomes 'uncrocked'. That will result in empty spaces in races and connections desperate to run horses who cannot do so."

Nicholls said the changes unveiled on Tuesday – which came with the approval of the BHA's Racing Group, the media, bookmakers and the Horseracing Bettors' Forum – were long overdue.

"I have no problems with this at all," said Nicholls.

"For me, it always should have been all or nothing when it comes to 48-hour decs at the festival. To only have the odd race here or there made no sense. It's much easier and more simple to have 48-hour decs across the whole meeting. Job done."

Speaking for the wider training community, National Trainers Federation president Seamus Mullins said: "Despite the potential challenges for trainers, we believe the benefits for the Cheltenham Festival will outweigh these difficulties.

"The introduction of a reserves system for handicap races has been welcomed by the NTF National Hunt Committee, as this will provide more horses with the opportunity to run and produce full fields."

Explaining why 48-hour declarations – already in place across the entire British Flat calendar – were being introduced for the festival now, BHA chief operating officer Richard Wayman said: "We've taken on board feedback from racing fans, the betting public and the media, and we’re pleased to introduce 48-hour declarations for all races at the festival, which we believe will have a positive impact on the promotion of the event and be welcomed by the sport’s various customer groups.

"We appreciate that, in some circumstances, this could create an extra challenge for trainers, but we want to ensure the sport is in a position where it can make the very most of what are such an important four days in the British racing calendar."

Welcoming the changes, Cheltenham boss Ian Renton said: "This is a progressive move by the BHA, which we believe makes sense on a number of levels.

"We've been part of the ongoing discussions, and after listening to the views of everyone regard this as a sensible decision which will enhance the Cheltenham Festival experience for racegoers and provide assistance to the media."

FIRST PUBLISHED 12:00PM, SEP 12 2017
We want to ensure the sport is in a position where it can make the very most of such an important four days in the British racing calendar

Bloodstock Review author warns code can only succeed if complaints are raised 'The response has been phenomenal' – Doncaster stages autism-friendly raceday What is it and why is it needed: the new bloodstock code of practice explained Racing has its problems and it's up to racing to solve them 'Like a man folding a deckchair' - amateur legend Brod Munro-Wilson dies at 76 Communications director Martin Fewell set to leave BHA