Berry to remain in Britain despite Beckett break-up 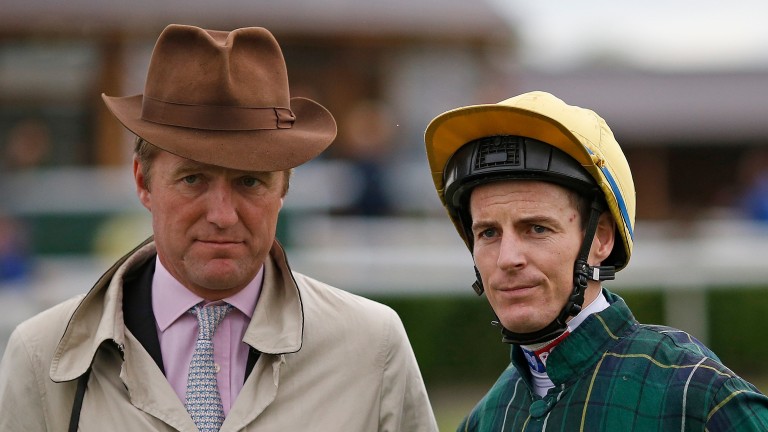 Fran Berry, who became stable jockey to Ralph Beckett at the start of last year, will no longer be employed in that role but will remain in Britain as a freelance.

Berry, the son of multiple Irish champion jump jockey Frank, linked up with the Classic-winning trainer in advance of the 2016 Flat season and the pair teamed up to win the Duke of Edinburgh Stakes with Kinema at Royal Ascot last year, while Group 3 success came courtesy of Air Pilot and Pleaseletmewin.

The Group 1-winning jockey, who also has a Cheltenham Festival triumph on his CV, has ridden 35 winners from 235 rides in Britain for Beckett at a respectable strike-rate of 15 per cent, but said in a statement on Saturday: "I have enjoyed riding for Ralph Beckett and his owners as stable jockey over the past year or so. I wish Ralph, his owners and the team at Kimpton the very best for the future.

"My intention is now to ride on a freelance basis. Since moving to the UK I've built up some very good relationships with many trainers and owners and I'm really looking forward to the future.

"Tony Hind has been my agent since I've moved here and I know he's been working extremely hard on my behalf, I have picked up some good Royal Ascot rides next week."

Berry had two rides at York and Leicester on Saturday for Beckett, who said: "It has been agreed by mutual consent to discontinue the current arrangement of Fran Berry as stable jockey at Kimpton Down Stables.

"Both Fran and I feel that this is the right decision to make going forward. I am grateful to Fran for his considerable efforts over the last year or so, and wish him the best of luck in the future."

Beckett operated without a stable jockey for the couple of seasons prior to appointing Berry, after Jim Crowley had left the role in 2014, having been with the trainer for five years.

Berry is riding for Beckett, Saeed Bin Suroor and Brendan Powell at Salisbury on Sunday.

Powell, who will leg him up on Dark Emerald in the Listed race, said: "Whenever I have taken horses to Ireland I've used Fran because I think he's a brilliant jockey and a lovely guy, great with the owners.

"I was happy when he came over from Ireland and he was riding most of mine when Ralph wasn't having many runners. Whatever has happened there has happened but it suits me because I might be able to get him a bit more."

The trainer added: "I'm sure there will be plenty of people looking to use Fran because he's top class."

FIRST PUBLISHED 9:50AM, JUN 17 2017
I've built up some very good relationships with many trainers and owners and I'm really looking forward to the future