Atzeni anger after Royal Ascot punter throws pint at him 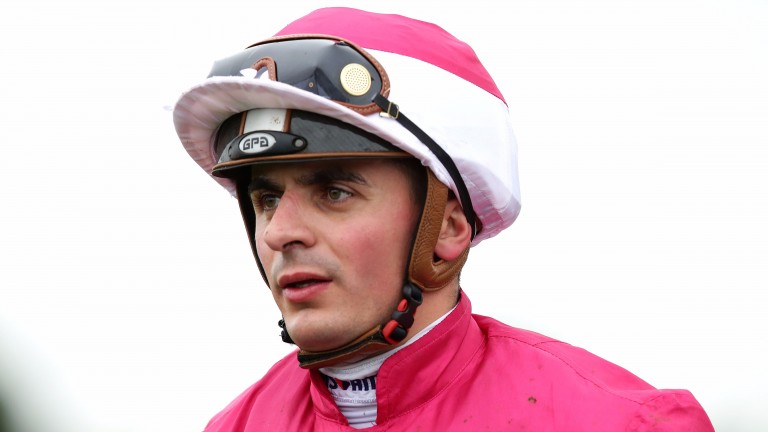 Andrea Atzeni was left stunned after a Royal Ascot racegoer threw a pint of beer at him on the way to post for the Duke of Edinburgh Stakes, the last race on Friday.

Atzeni, who had just guided the John Gosden-trained Stradivarius to a neck victory in the Group 2 Queen's Vase, was on his way to the start aboard Appeared, who went on to finish second to Rare Rhythm.

"It was a pint of beer – in a plastic glass – as I was cantering down to post, and it only just missed my horse," said a shocked Atzeni.

"I'd have only been two or three metres from the rail, and he meant it. I was going to go back, but it's difficult to go back because I couldn't see who did it."

Sir Anthony McCoy was targeted by a punter with a beer can when riding at Worcester in 2014 and Atzeni, who said nothing like that had happened to him before, added: "It literally just missed the horse's head. It was by the half-furlong pole.

"You don't expect it. They've got security guards who are doing the best they can but surely someone would've seen him do it. The horse wasn't spooked. I don't know how because he spooks at anything and it only missed his head by a foot and a half. It's bad, isn't it?"

Ascot will review its security footage and the BHA will hold an inquiry before racing on Saturday to determine what, if any, measures are taken.

The authority has the power to ban any racegoer from attending British tracks and its head of stewarding Paul Barton said: "Andrea came in and told us, so we've had an inquiry to establish what happened. We found some footage – not very clear – but we can see something being thrown.

"The racecourse executive will do their debrief with their security staff to see if anyone saw it and then they're going to put some more staff in that area tomorrow. They'll report back to us tomorrow if they've found anybody and what steps they're going to take and we'll see if there's any action we need to take.

"The only action we would take is if they found out who it was, then the BHA would consider what action to take against that individual as clearly Ascot would take some action, and then the BHA might also do so."

Nick Smith, Ascot's director of racing and communications, added: "It's an unfortunate incident and unacceptable and we'll look at the footage available and put appropriate stewarding in that area tomorrow."