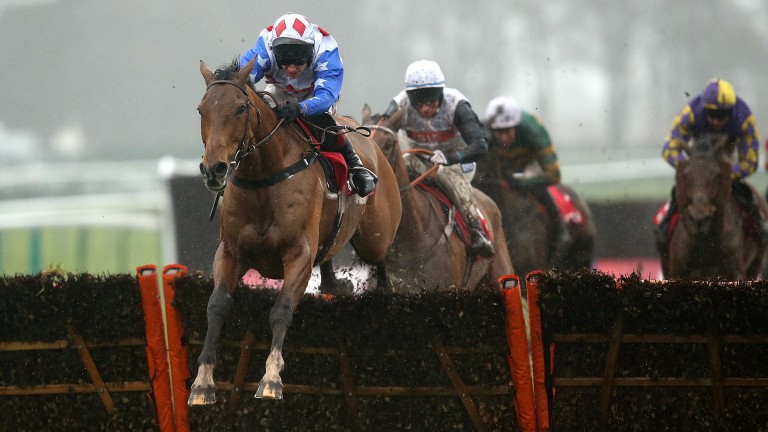 This year's running of the Grade 1 Long Walk Hurdle will carry the name of three-time winner Reve De Sivola, in honour of the popular 12-year-old who collapsed and died at Kelso last week.

Ascot chief executive Guy Henderson said: "It was tragic to hear we'd lost Reve De Sivola at Kelso last weekend. Horses like him are the backbone of the jumping game, appearing year after year, and Reve De Sivola will always be remembered as a jumping legend here at Ascot.

"Under sad circumstances we, and sponsors JLT, are delighted to be naming the Long Walk in his memory this year. We will also carry a tribute in this Sunday's racecard and of course in December, when we will re-live his triumphs on Ascot TV."

Paul Duffy, who owned a majority share of Reve De Sivola as part of the Paul Duffy Diamond Partnership, said: "The messages and tributes received over the last week have shown to the owners how much Reve meant to the racing public.

"Combined with the sadness of loss is the reminder of fortune at owning such a brave and determined competitor. Thank you, Ascot, and the sponsors, JLT, for the honour of letting Reve be remembered by sharing the stage once more at his favourite racecourse."

Reve De Sivola won his three Long Walks in consecutive years from 2012 and drew fans with his battling qualities, exemplified when he reeled in the idling Zarkandar, who had travelled all over him, for his final victory in the race.

FIRST PUBLISHED 11:16AM, MAR 31 2017
Under sad circumstances we, and sponsors JLT, are delighted to be naming the Long Walk in his memory this year