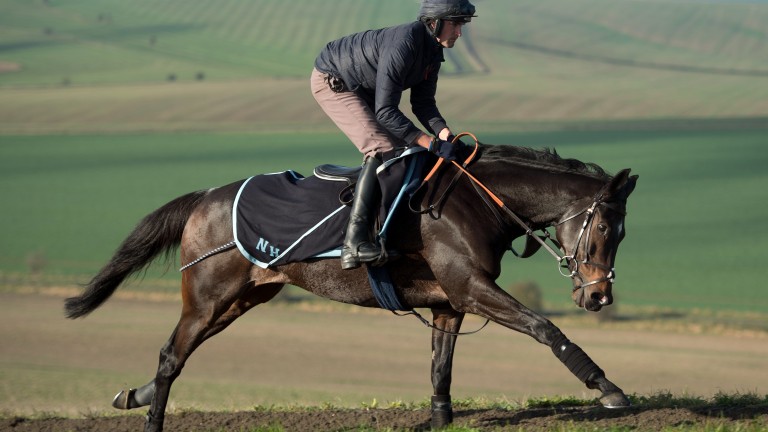 Nicky Henderson said on Wednesday he was confident Altior will be ready for the Cheltenham Festival with the leading two-miler, whose return to racing action had to be delayed for wind surgery, primed to resume exercising.

The champion jumps trainer strengthened his hand in two of the four festival championship races with victories for Might Bite in the 32Red King George VI Chase and Buveur D’Air in the Unibet Christmas Hurdle at Kempton on Tuesday.

And until unexpected snowfall in Lambourn on Wednesday, which restricted the team to the indoor school, Racing Post Arkle Trophy winner Altior was due to resume cantering to set him back on a path towards the Betway Queen Mother Champion Chase.

One of the biggest and brightest names in jump racing, Altior is unbeaten in five starts over hurdles and six over fences, including two festival triumphs and, depending on progress, may take in a race before the festival or head straight there.

“We’d have had Altior out today if it wasn’t for the snow,” said Henderson, whose yard was also hit by a power cut. “We’re well on the schedule that was set. It’s quite tight to take in a race before but there’s no doubt he’ll be right for the festival. He was fit and ready to go when we had to stop, so we have plenty of time.”

Henderson trains the favourites for the Champion Chase and Unibet Champion Hurdle, while Might Bite is second favourite for the Timico Cheltenham Gold Cup after beating Double Shuffle, Tea For Two and Thistlecrack at Kempton. 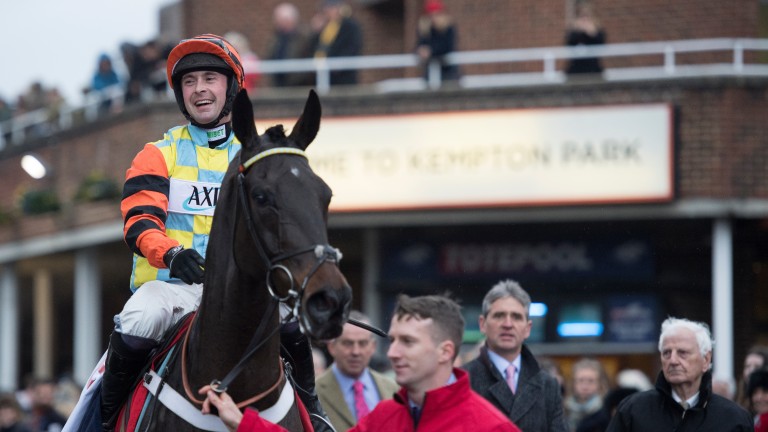 Might Bite beat 50-1 shot Double Shuffle by a length to earn a Racing Post Rating of 173, the lowest for a decade, but Henderson said the horse’s sustained tussle with Bristol De Mai and special tactics to avoid a repeat of last year’s final-fence exit were factors.

“To be fair to him, we’ve learned the best tactics to avoid any mishaps at the last is to try not tell him it’s the final fence. I was delighted with him.

“I suppose people will look at it and say a 50-1 shot was second and only a length behind him but the facts were the good horses tried to go with him and couldn’t.”

Henderson has not decided whether to give Might Bite another start before the Gold Cup but does not expect a repeat of last year’s festival behaviour when he nearly threw away the RSA Chase by veering towards the stands.

“I’m pretty sure the Cotswold Chase will be out,” he added. “It would be wet, and practice over three and a quarter miles round Cheltenham is precisely what he doesn’t want. We know him quite well and he’ll tell us what he wants to do.

“I think he’ll be all right at Cheltenham. We’ll have fingers and toes crossed for him going to the last. We were a bit lucky last year that a loose horse helped him.

“To be fair, he’s so well behaved at home and he was great at Kempton. He was very fresh, perhaps even too fresh. He needs to conserve some of it.”

The trainer said Whisper, who finished a well beaten fifth in the King George, was none the worse.

“I think the race came too soon after what must have been a hard race in the Ladbrokes Trophy,” he said. “It was barely three weeks and it was too soon. We’re going to give him a bit of a break. It would be rather nice if the handicapper dropped him to give him a chance to do what he really ought to be doing, which is running in handicaps.”

Henderson will consider options for Buveur D’Air with owner J P McManus. “There aren’t many races, other than the Contenders Hurdle, in which he ran last year, the Kingwell, or he could go to Ireland. I’ll talk to JP and we’ll make the decision.”

Leading Ballymore Novices’ Hurdle hope On the Blind Side will miss the Challow Hurdle at Newbury on Saturday.

“He banged a hind joint,” said Henderson. “I’d very much hope he’ll be back for the festival. He doesn’t appear to have done real damage.”

FIRST PUBLISHED 4:10PM, DEC 27 2017
We are well on the schedule that was set. It is quite tight to take in a race before but there is no doubt he will be right for the festival

Blow for Henderson as Pentland Hills set to miss season with leg injury Corky Browne: 'I've had a great run, far better than most in the game'